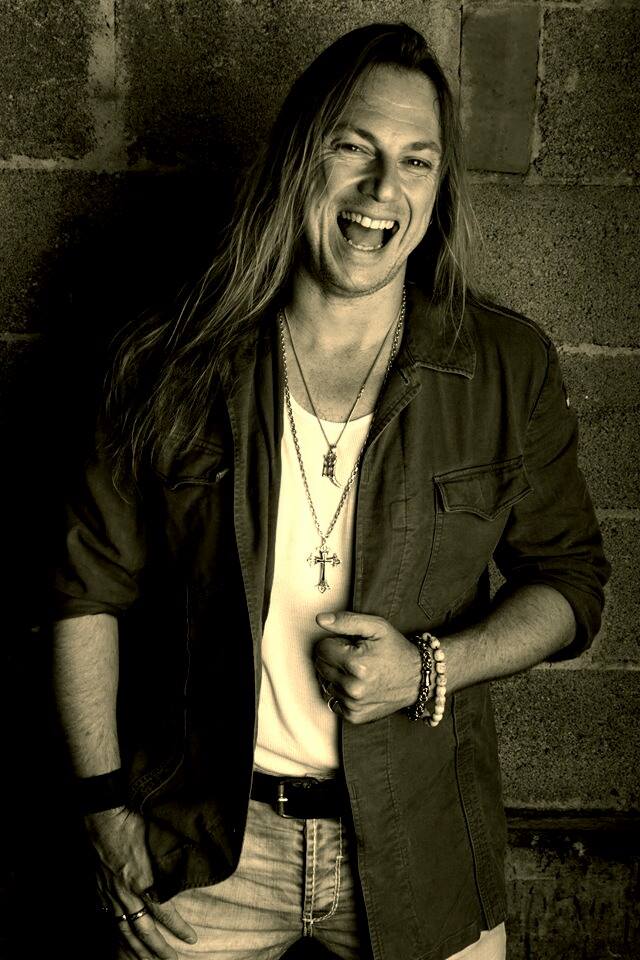 Dear Markus Jurgens, how are you doing?

Thank you very much, I’m doing good. It definitely looks good these days. The new album turned out pretty good I guess, we’re about to release it on March 10, 2017 and we’re totally looking forward to our tour with our friends from Kissin’ Dynamite in March of course.

By the way, thanks a bunch to Bonavox.nl for giving me the opportunity to talk about my band Twenty Dark Seven today. Much appreciated. 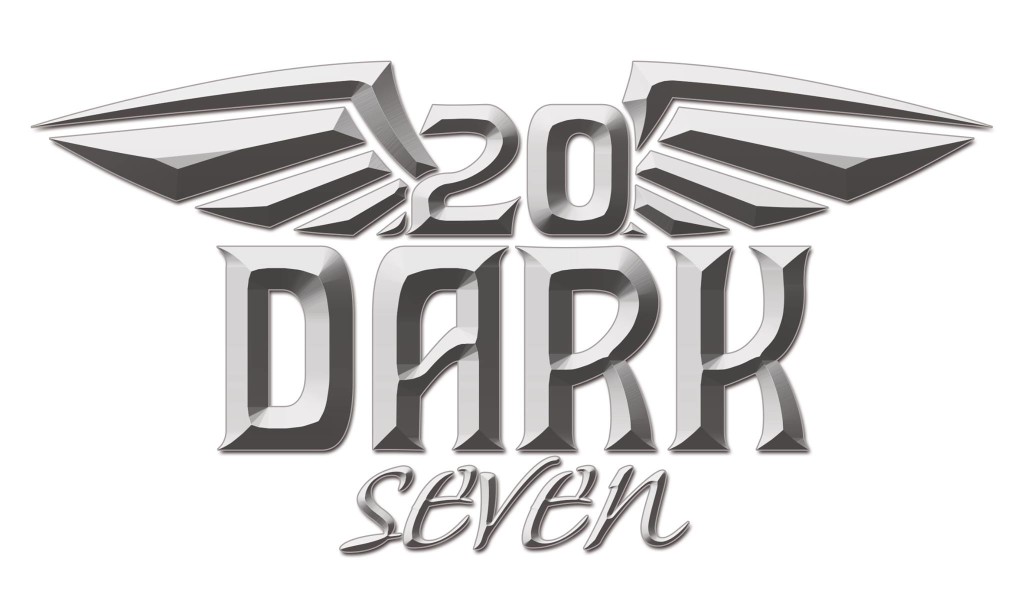 20 Dark seven is quite a new band, please tell us how things got started?

The band was founded by me and guitar player Peter Wagner (ex-Wicked Temptation) beginning of January 2013. We went through a couple of line-up changes since then, obviously on drums and bass only. And we recently added a second guitar player to the line-up. His name is Marcel and he used to play guitars in my previous band “PUMP”.  After the split of PUMP respectively Miracle Master I’ve asked him if he wants to join Twenty Dark Seven and he said yes. It was quite that simple. Marcel already contributed a couple of songs to the new album and played on the new record of course. He’s fully integrated already. But we’re still on good terms with all former members since it was just due to career and time-commitment reasons.

So there’s no bad blood. Our line-up is quite stable since quite some time now, for more than I year now, so I guess it’s safe to say we finally found all missing pieces. What more can I tell you? Well, the band’s name. The name Twenty Dark Seven was inspired by the feature film “Zero Dark Thirty” which was showcased by the time I left PUMP. Not in regards of the content, I just found this letter/number combination pretty cool and so I’ve kept this idea in the back of my head. Shortly after I read some cool report about this legendary “Club 27”, and as we all know, this “Club 27” is about all those rock and pop stars which all coincidentally died at the age of 27. Brian Jones of the Rolling Stones, Jimi Hendrix, Janis Joplin, Jim Morrison, Kurt Cobain and also Amy Winehouse if I remember that correctly. They all died at 27. That was the inspiration behind the name. I just expanded the “27” and put a DARK to the “27” and the name 20 DARK 7 was born. I guess it’s indeed a real Rock ‘n’ Roll name. 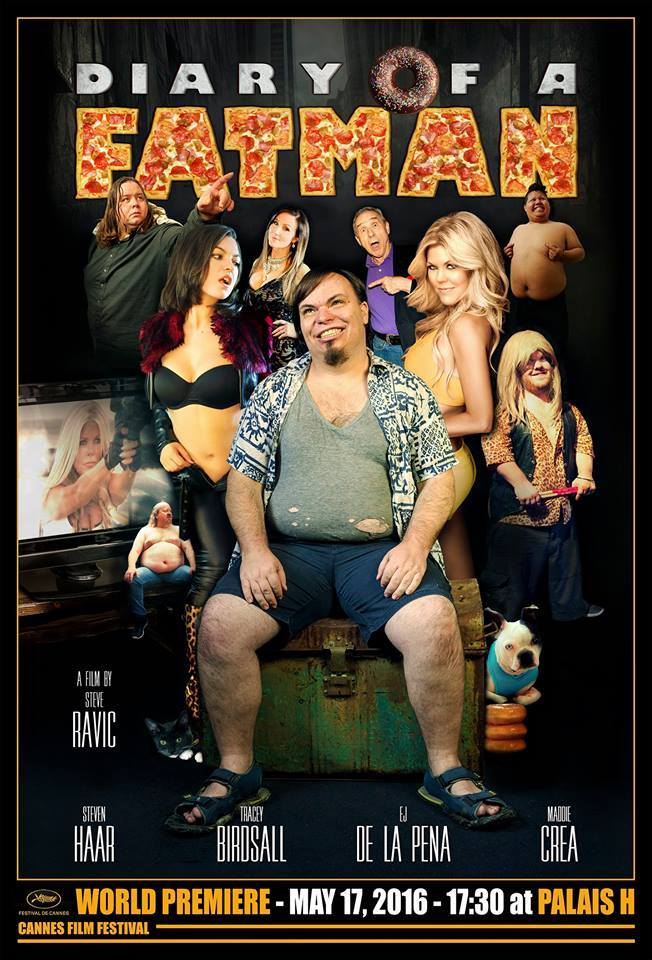 Your first single and video: “Shotgun Heart”, was chosen to be part of the Hollywood Movie “Diary of a Fatman”from producer/director Steve Ravic. This film made it’s debut at the international Film Festival in Cannes. How they found out about your band/music or this particular song to be part in this Movie?

Well, the guys from our label Metalapolis already worked together with Steve on a couple of different occasions in the past. So they know each other very well and when they talked about the movie production of “Diary of a Fatman” a few months ago our label simply asked Steve whether he could imagine using a Twenty Dark Seven song for the soundtrack to that movie. We ended up having now two songs on the soundtrack which is awesome. And when Steve visited Germany for a couple days I had the great opportunity shooting a couple of performance scenes with me which were cut together with various scenes from the movie. So this is indeed the lead single for the movie as well. 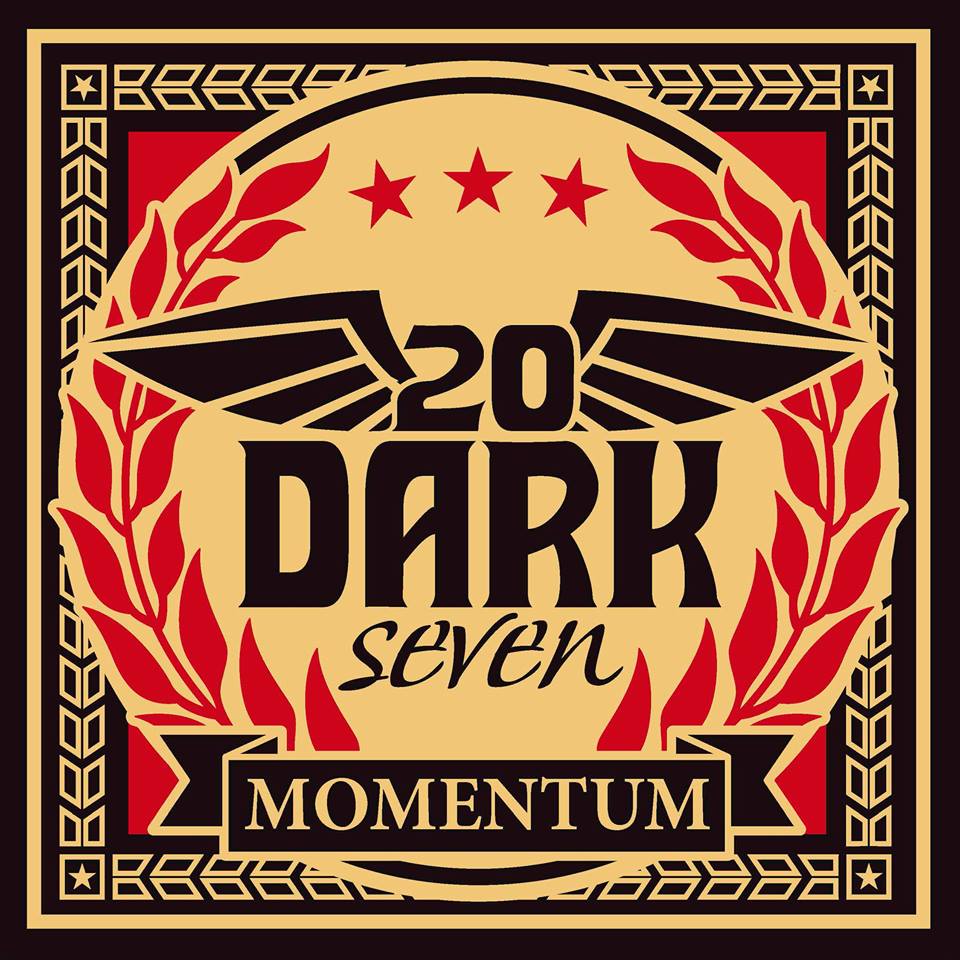 The album “Momentum” will be released 10 March, 2017 via Metalopolis Records. Please tell us about the writing process, time in the studio etc..?

Yes, the album will be released on March 10, 2017 through our label Metalapolis. Well, I think we’re all more individual writers. Everybody in the band collects his own ideas before we meet for rehearsals putting everything together. It’s just like a puzzle. After this process in which we collect all our ideas we usually start immediately with the recordings of the song material in Peter’s (guitar player) very own studio near Dortmund. That’s how it usually works in the Twenty Dark Seven camp.

The album was produced by Alexander Brusencev, who produced also the V8 Wankers, 15 th anniversary album: “Harden the Fuck Up!”.

How did you came across this producer from Frankfurt, Germany?

Well the album was actually produced by ourselves in Peter’s studio as already mentioned. Alexander Brusencev has mixed and mastered the whole album. After the recordings were done we again decided to work with an external sound engineer for the mix and the mastering. Our choice fell to Alexander. Alex produced the first album of some good friends of mine, a band called Gloomball, some time ago. And I instantly liked his work on that album. I met Alex at Gloomball’s release party back then, we exchanged phone numbers, so contact was established and that’s how the cooperation finally came into existence. I think Alex did an amazing job on our new album and we already decided working together for the third album as well.

Where is the album all about, I mean Musically and Lyrically?

Musically we simply tried to build a bridge between traditional Heavy-Rock/Metal combined with some modern elements. And I think we had good success with it. We worked pretty hard in order to attain this objective and I truly believe we did a good job. At least we’re pretty happy with the result. But that’s just my humble opinion of course. However, we jsut wanted to write and record a contemporary but traditional Metal album. It was important for us to track a fresh-sounding album, crispy and heavy but yet melodic. Lyrically I’m usually dealing with more personal stuff, some socially critical topics here and there too. But it’s difficult for me to explain the lyrics. I prefer the listener to create their own, independent interpretation of the songs. 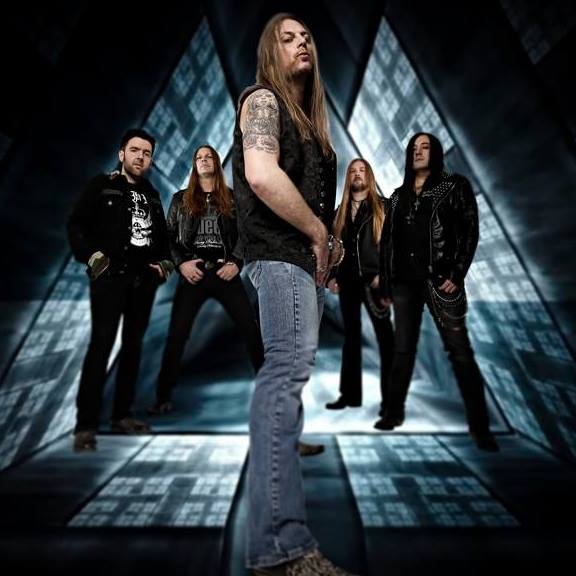 Any plans to tour after the release of the new album?

Yes, we’re going on tour to support our new album “Momentum” with our friends from Kissin’ Dynamite. We’re also working on a few shows for Fall 2017…we’re trying’ to perform as much as possible.

Are you also involved in other bands or projects beside being a Twenty Dark Seven member?

No, actually not. I did a couple of guest vocals for friends here and there. I recently sang one song for the solo album of a good friend of mine and I did a full album for another good friend in 2015 if I remember correctly. But those are more or less studio projects with no intention to perform live. I’m just the singer for Twenty Dark Seven which is cool the way it is.

Well, I fear if I would mention all my fave bands it would probably blow up the space for this interview big time. Okay, let’s try to mention the most important ones. In no particular order…it’s Whitesnake, Dio, Ozzy Osbourne, Skid Row/w Bach, Ratt, Black Sabbath, Megadeth, Alice In Chains, Pantera, Armored Saint, Savatage, L.A. Guns, Dokken, Lynch Mob, Evergrey, The Cult,

A big cheers to each and everyone out there supporting Hardrock-/Metal music these days. And if you’re looking for a timeless heavy rock album that rocks from beginning to end, our first album “Roar” and our new album “Momentum” could be definitely your weapon of choice! Thanks so much for your support and hope to see you on tour.