I’m just throwing this out there- most extreme music bores the living hell out of me. If I wanted to hear a bunch of dudes jerk off to technical riffs and lightspeed playing I’d just go watch some instructional videos. On that same token, if I wanted to hear mindlessly heavy music I’d just put on one of the thousand clone heavy bands anyone can find with extreme ease now. Then there’s bands that try to be different but ultimately end up gimmicky… you get the picture. There’s a lot of shitty heavy music out there. That being said, Separatist’s Closure record is one of the sickest things I have ever heard in my life and you couldn’t bore me with it if you put it on repeat and locked me in this room for a whole week. I recent got the chance to interview the brains behind the one man project that is Separatist. We talked about the recording process, lyrics on the new album, and what the future holds for the project. 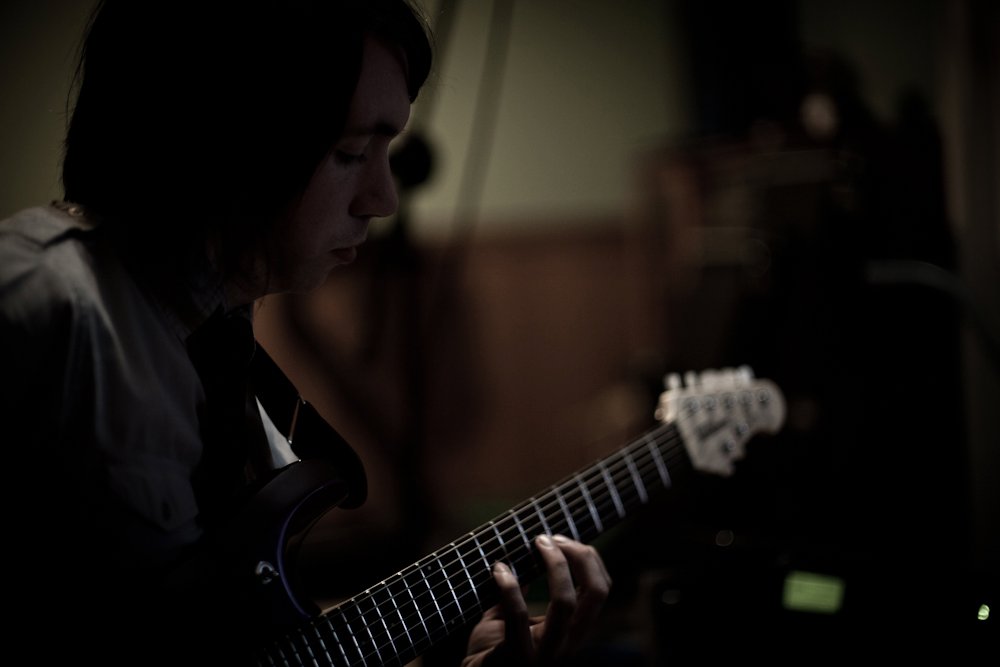 As your band Separatist is not that known in The Netherlands, could you please introduce it and its music to the readers a bit?

Basically, Separatist is a one man tech-death project from Tasmania, Australia. The project started out as a live band several years ago, but we called it quits about 3 years ago after we lost the files album we were recording at the time due to hardware failure. I then decided after a while that it was a waste having these songs I’d written for that album just sitting on my hard drive, collecting dust, so I decided to record and release them myself, and now here we are!

How is the new material sounding, in comparison to your debut?

Compared to the debut album, Closure is more frantic and erratic I think, its faster, more aggressive, and considerably more technical. I feel like it sounds a bit more mature too, certainly a step up from the first album.

Could you please also tell us something about the lyrics of the new album? Are they anyhow connected, is there some kind of concept behind them? Do they differ in any way from the lyrics on the previous albums?

Both The Motionless Apocalypse/Motionless and Closure are stories about the end of the world, specifically in reference to the biblical book of Revelations. The first album takes its story directly from there, from the point of view of someone who is ‘left behind’ during the rapture. Closure is more of an aftermath to the previous album, it talks about the horrors of a dying race thats trying to survive in a physically and spiritually dead world, as well as the futility of religion and ritual without actual spiritual connection with God.

What about the choice of band name, Separatist?

I wasn’t actually in the band when the name was chosen, so I’m not sure where it came from. When I joined we were going to change it, because the lineup was pretty different from the original highschool band, but we decided against it.

When did Subliminal Groove Records come into the picture? Were you actively seeking label support at the time?

That whole thing fell together quite unintentionally actually, a very happy accident haha! I sent emails to a couple of my favourite bands basically saying ‘I know you probably won’t read this, but I’ve just released these albums, I’d love it if you could have a listen and let me know what you think’, and one of the bands on SGR got back to me, told me they loved it, and then put me in contact with the head honcho of the label, we had a bit of a chat and I ended up signed, which is really exciting! I never thought when releasing Closure that I’d end up on a label with a bunch of my favourite bands!

But back to the music. Discuss how the band’s sound may have changed and/or progressed from the debut through Closure.

As I mentioned earlier I think the music has matured since the first album, which is what you hope for really. I think the progression of the band’s sound was pretty natural from album to album; it grew as we did, and it changed as the music we were listening to ourselves changed. The changes of lineup between the two albums made a pretty significant difference too I think, the lineup prior to the release of the original album was a very metalcore oriented group, whereas after the release, just about everyone in the band was all about death metal, so naturally the sound reflected that.

Tell me about the album title, Closure.

Closure, as a title, has a bit of a double meaning. With regards to the lyrical theme, it basically refers to the last mankind dying off, which is what happens in the title track of the album. In addition to that though, the name seemed appropriate because I’d had all this unreleased material sitting around for so long, and finally releasing it after having written the songs 4 or 5 years ago felt like closure to me.

Not at this stage, there is no live band at the moment, its just a studio project. Maybe somewhere down the line, if there’s enough interest after another release or two.

My family have always been my biggest fans, despite not particularly liking the music haha, they’ve always been supportive of me and helped me acheive what I was reaching for whenever I needed it, and sometimes even when I thought I didn’t need it, and I am eternally grateful for that. Separatist is very much a side-project at the moment, my primary focus at this stage is my current live band Départe. We play a sort of droney, atmospheric post/black metal. I’m supposed to be writing material for our debut, but I keep getting distracted by other projects haha! Aside from that I have another solo project called Quiet Waters, which is worship music. Considerably more chilled out than Separatist, to put it lightly!

I would like to mention that all Separatist’s music is available on Bandcamp for Name Your Price, and proceeds from all paid downloads are donated to the A21 Campaign to aid in the war against human trafficking/sex slavery. It’s important for me that my music be more than just music, so this is just my way of trying to make a difference.

So, this is all from me. Thank you a lot for your time and willingness. If you wish to give some special words, go for it! 🙂

Thanks for the interview, and to the readers, thanks for reading! God bless.