Decapitated and Suffocation are heading to Australia for a dual headliner in May, courtesy of Metropolis Touring. This bill is definitely not for the faint-hearted and is one that death metal “die-hards” will be hanging for!

Decapitated, hailing from Poland, have carved their name in to death metal history. Not only do they fit the heavy brutal mould of this genre, but they also transcend many of their contemporaries with their technical prowess and at times, progressive overtones. The band formed in Krosno in 1996 and they have released seven albums to date, their latest being Blood Mantra released in October last year. Blood Mantra has been extremely well received and really takes their sound to a whole new level, both in terms of the song writing and the intricacy of the playing.

I recently caught up with Wacław “Vogg” Kiełtyka, guitarist and founding member, ahead of their up and coming Australian tour. We started off our conversation around the origins of the band.

“It was 1996 when we started to play and I was 15, the vocalist was also 15 and we were the oldest in the band. My brother was twelve and he played drums, Martin on bass was 13. When I look back and think how young we were it was crazy we just wanted to play metal and it doesn’t matter if we were young or even any good at that point it was just great to be in a band and playing. We all loved death metal and we just wanted to play it really.”

We then focussed on the band’s releases and how their record deal came about. Due to the band originating in Eastern Europe it must have been difficult in gaining both media and industry support.

“Not really you know if you want to do something everything is simple because you have the drive. We were young and we were really determined for what we wanted to do. If you have passion it will come easily, eventually. Of course we didn’t have experience on how to do things and we didn’t have equipment you know to be professional, so everything was kind of weird but it wasn’t hard because we all wanted to do this.”

We started talking in detail about the Polish metal scene at the time of the band’s formation in 1996 and I was interested to know if many international bands were touring in Eastern Europe at this point. 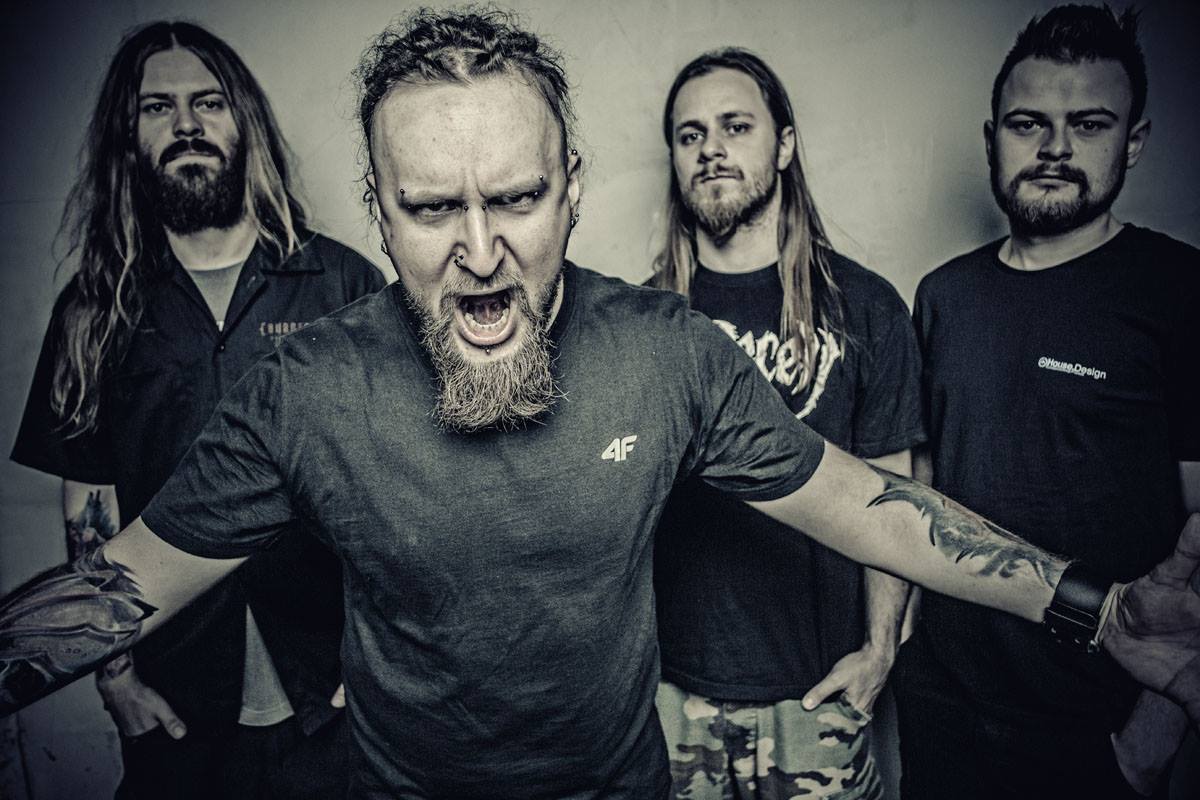 “The main band in Poland at the time was Vader. They were gods for us and the biggest inspiration for the band. Another band for me, who were very big for me were Hate. I was a death metal freak and kind of a death metal kid so I was inspired only for death metal bands Vader, Hate only these two Polish bands. Inspiration beyond this was the Florida death metal scene Deicide, Death and Obituary in the 1990s. This was together with some thrash metal bands like Exodus, Metallica and Slayer actually.”

Blood Mantra, the band’s most recent release, is a real progression for Decapitated so I was keen to see how the writing and recording of this album came about.

“So this album was composed and recorded over two years. I started to write new songs straight after we finished our last album. It took this time to enter the studio. I make all of the arrangements myself in my home studio and this is the first time I had this. This took a long time to put together. I am really satisfied with the album and I recorded this in Poland and I have to say that it was great to record this in the studio that we have recorded already three albums. It was a great time and right now I am satisfied about everything, especially the Suffocation tour. We have already toured with them. They are our friends and I think that they are one of the best death metal bands ever and they are a great influence for us. It was with Hypocrisy and Fear factory about five years ago that we last toured Australia, so to be in Australia with Suffocation five years on, I cannot wait.”

It was great to talk with Vogg who, despite the language barrier at times