Venom is a band that has grown on me over time. The first time that I came in to contact with this outfit was watching their debut VHS video tape, The Seventh Date of Hell released in 1984, and I definitely was not a fan at this point! I felt that they were loose, unstructured and just a wall of noise, however, on becoming a fan of the early thrash scene and then the Florida and early European death metal scenes, I got it. They invented these movements, or at least had a huge influence on them. From Black Metal, released in 1982, their mark in metal history was sealed. They have remained relevant throughout their on and off again thirty-six year career and their album sales continue to grow. I recently caught up with Cronos, founding bass guitarist/vocalist, talking all things Venom and their new album From the Very Depths.

We started off talking through the new album From the Very Depths and just how the material came about. Cronos was very upbeat and seems quite “chuffed” – to coin a Cronos phrase – about the new material. “Basically we have had a continuation from the last album Fallen Angels, where all of us have written songs. We have our own studio and we go in there several times a week. We just play because we enjoy it and it doesn’t have to do with a gig or recording. So the creative process never stops and we never go into album writing mode. The creativity comes of its own accord. But you know I might lay in bed at four in the morning and get a tune in my head and I get out of bed and record it outright. This came from the development of the Fallen Angels album and we had a great response from this album. If it isn’t broken don’t fix it!” 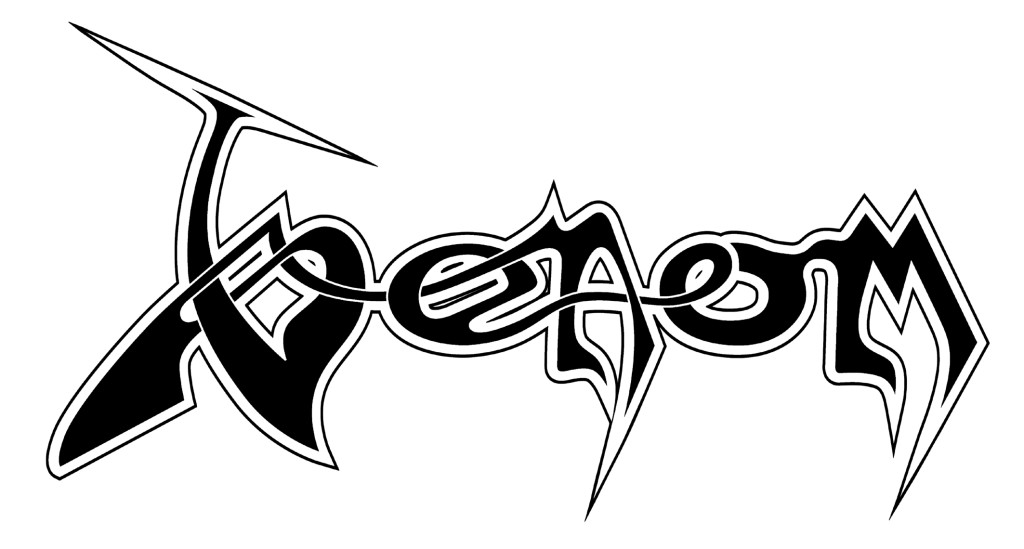 The new album without a doubt is pure Venom, both in its subject matter and sound but I wanted to know how Cronos saw the new album in relation to the bands back catalogue. “It feels awesome but you know I don’t release albums until they are perfect, perfect for me. I write albums for me and so the album has to be perfect to me. I never release albums that I am not happy with. I like that it is a band effort, that is the best. There were a few occasions when I have gotten to the studio late and the others are already jamming on a riff and so the whole process came together naturally. I mean, it is still Venom, but it has a new depth with some of the songs. It is a mature album.”

It has been widely accepted that Venom was the forefather of both death metal and black metal, from the release of Welcome to Hell in 1981. But it must have been difficult, more so early in the eighties, to have people listen to exactly what the band was doing at this point as they were so ahead of their time. “It was impossible and what we were doing was splendidly horrible. People like to have what they are used to and I have worked in a studio and people always ask for sounds that are like someone else and that’s how it works. But we wanted to do something different and we followed our own path and did it for ourselves. I am a pig headed twat and I felt invincible and I wasn’t doing it to piss anyone off. I was doing it because this is what we wanted to do. You know, more leather than Priest, more satanic than Sabbath and heavier than everyone!”

With the release of Black Metal in 1982 the band had honed its writing and musicianship and this album has stood the test of time as the definitive Venom release. Many bands that have followed Venom see this album as a pivotal metal master piece, and so I put Cronos on the spot and asked him to reflect on this album thirty three years later. 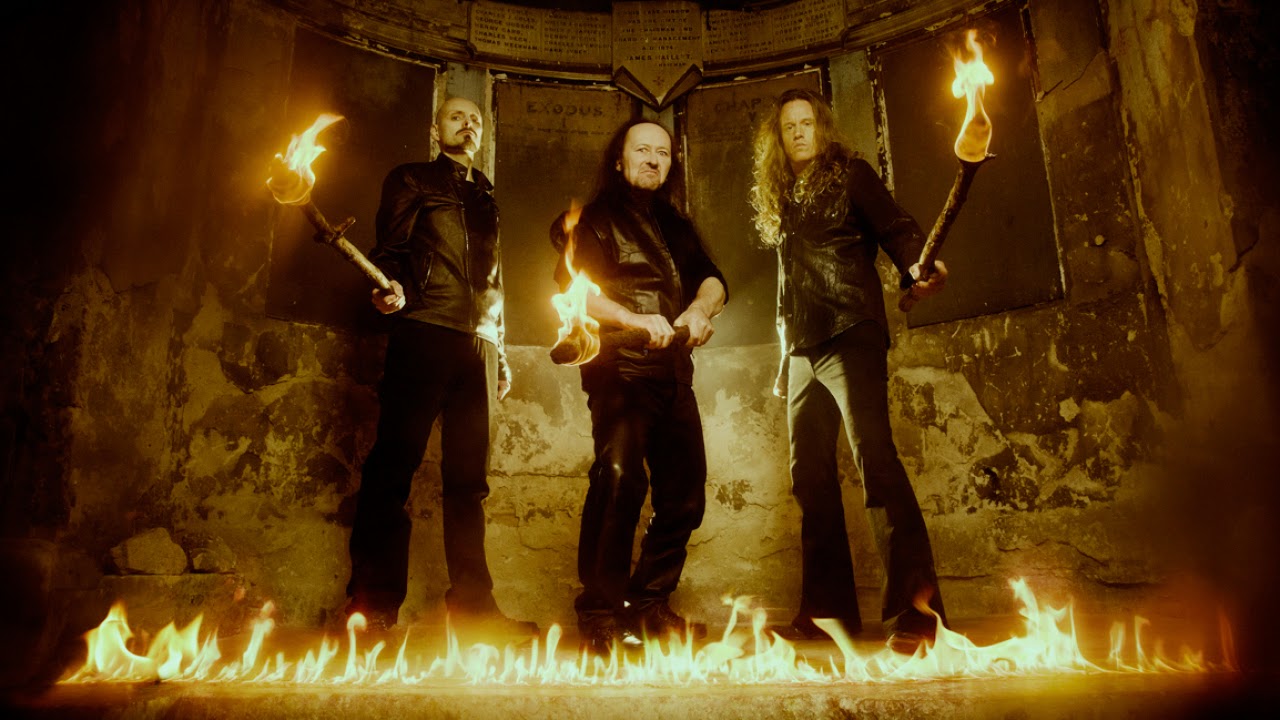 “You know I still see, to me, it was a chance to do something different and we felt robbed with Welcome to Hell in 1981. We went in the studio to record demos and not an album and the record company forced us to put it out. We did not want this released, and it was said to us by the company, release this or you have nothing! So with Black Metal we could call all of the shots and the record company had to do what we wanted. We said we needed time, and they gave us a week!!!!!! So for us Black Metal was the first Venom album because Welcome to Hell was really a demo. So I love the album and still look at it in such a positive way.”

Venom had its initial hiatus in the early nineties, and has been together in different line-ups since their reformation. I never really understood why the band stopped at this point so I put to Cronos, what was the impetus for this initial break as well as the classic line-up reformation in 1995. “You know at times you need to break things to understand them. You have to get completely low before you can move up. The band needed a break we had gotten a bit used to how things were. I wanted it to mean something. Black Metal was true and real. All of the bands that came out of Scandinavia were hailing us and we needed to keep doing this properly and that is why we stopped and that is why we started again. Our original members were changing musically and I would say to them that we invented this and so why do you want to change it. That’s why I did my solo album because I didn’t want to change Venom. Our fans are the greatest on the planet and they deserve respect. It took me a long time to find the right people again and to have them in the band for the right reason. This is what we have now a healthy respect for the fans and an optimistic view for the future and this is how we get the music that we have.”

Venom has had an amazing career and they have stayed relevant to the metal scene and Cronos and I entered in to their audience make up and if the face of their fans has changed over the years. “You know, no they just keep coming and they are the same. Some of the new fans weren’t even born when Welcome to Hell came out. We have stood in shows and said to audiences we need to go and asked what songs they want to hear to finish up and it goes across our whole career really. The blokes that bought our first albums are now in their forties and fifties and so we have all of the crossovers. The older fans are like a good whiskey … we are getting older and they are laid back but the audience stays young, you know and this music keeps you young!” Reflecting still over your career, the highlights of Venom have been many. “You know, that is impossible really as there are so many. You know selling albums, doing great gigs are both highlights. I can’t just say one thing or a number of things I just couldn’t put my finger on them like that to be truthful.”

We started to steer Venom’s career toward the future and where to from 2015 and From the Very Depths. “You can’t really predict this music. You have to just work in the industry and see how it goes. You have to move with the times and go where it goes. It is a big monster and you just ride it as best you can. All I can say is that there are no plans to stop any time soon as we are loving what we are doing and the music we are creating.” The big question really is about any potential plans to tour Australia in support of From the Very Depths. “We have been trying to get to Australia for many years to be honest. We don’t expect to make it everywhere in the world though. Obviously Venom does not have the biggest following to come over there. Promoters that we have spoken to haven’t really wanted to take a chance. But let’s hope that this will change.” Cronos has one final message for Venom’s Australian fans. “We have had a lot of communication from Australia and I would love to come down there and play. I have family in Australia and I was down there in the ’90’s when Carcass toured and I saw a few of the shows and loved the reception they got. I hope that we are down there soon to play some shows.”