Released on Friday, August 21, the live album is available as a 2-Blu-Ray or Special Edition 2DVD/4CD set, and will be up for pre-order from Tuesday July 21 at this location.

The album was recorded live in Nashville on November 14 and 15, 2014. Long-time collaborators Mike Portnoy and Randy George, as well as Neal Morse Band anchors Bill Hubauer and Eric Gillette, joined Neal to perform his renowned classic albums Testimony and One. Complete with 4-piece horn section, 6-member female background vocal section, violin and cello, full orchestra percussion with timpani and chimes, dancers, special guests and special staging; this is the most elaborate live release of Neal’s career. 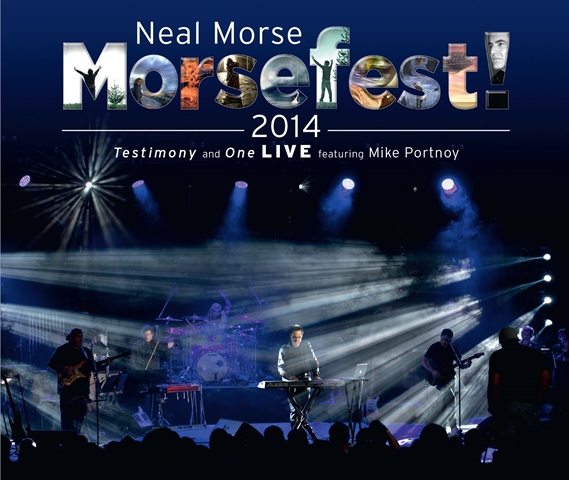 This stunning live album concert features over 5 hours of great performances including the entire Testimony and One albums, plus special encores of the Spock’s Beard classic “The Light” featuring Alan Morse, and the Transatlantic epic “Stranger In Your Soul”. Also included is a behind-the-scenes documentary with footage of Neal’s exclusive acoustic concert, the rehearsal footage, “Name That Prog Tune” game with Mike Portnoy, and lots more.