Jerry Gaskill, born in 1957.. His father bought him his first drum, a snare at the age of 4…And from there Jerry started his musical skills…He played his first bar gig when he was 7 years old and was paid 2 dollars for his efforts (Wikipedia). Just some nice info about this great artist, musician…Most readers will know Jerry as long time drummer for Progressive rock, funk, soul, metal band King’s X. The band started as King’s X at about 1987. Before Jerry was playing already with Doug Pinnick (between 1979-1984) and somewhere in between Ty Tabor came in… Later they started the band with the name Kings X.  Jerry’s first solo album: “Come Somewhere” came out in 2004 and finally in 2015 his second one…. Time to let Jerry speak out, about his music and life.. 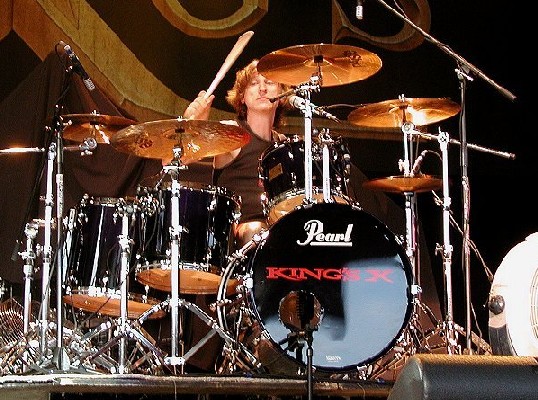 Dear Jerry, how are you doing and everything fine with your health

I’m doing great! I feel good and in many ways I believe my body is better than ever. My body has been through a lot in the last three years but I’m working hard to keep it strong. I’ve been seeing a personal trainer, whom I love and overall I feel great about my life and I’m learning how to take care of it…

Can you tell us something about your new solo album: “Love & Scars”

I’ve been working with my friend Da Karkos (I call him Dan) for almost ten years on this record. I think we got together back in 2005 or 2006 and started recording and sharing ideas. I’ve said many times that I’ve never felt more comfortable sharing musical ideas with anyone as much as I have with Dan. I bring songs to him and he almost immediately sees a direction or vision of where the song should go and I almost always love his thoughts. So basically we wrote this record together once we finally got together and decided we needed to make music together. Some songs are very close to the vision and structure I had in mind when I wrote them and others Dan found direction that I would never have thought of that made the songs even more of what I wanted. So basically this is a record of me and Dan making the music we wanted to hear ourselves…

I read somewhere that it took years to finally complete this album. A lot of things happened the last few years in your life, incl. 2 heart attacks and you lost all your possesions (house etc) during Hurricane Sandy. That’s quite a lot you had to suffer. How did you mentally get along with life after all this struggle? where or how do you get the power and strength to go/get along.

Yes. Like I just said we started quite a few years ago on this. In the beginning we would get together at his place in Harlem on weekends. We didn’t have a lot of money to just take a couple of months and make a record so we would get together when we could. And of course King’s X would tour or make a record as well during this time. At some point Dan moved to Nashville and set up his studio there. That took a little time as well. Then at the end of 2011 a good friend of mine invited me to an Eagles game and believe it or not I actually went. At some point we started talking about this record Dan and I were making. He said, “So what would you need to finish it”? I rattled off a number and he said,”I can do that!” So that started a whole new direction for us to really make this record.  Then, just a couple of months later in February of 2012 I had the first heart attack which really put a damper on things for a bit. I didn’t even know if I wanted to play or make music at all anymore after that. But as time went on I realized that music is who I am and what I do. Then Superstorm Sandy happened which put another little halt on things. But we finally managed to get to Michael Wagener’s studio to do the drums, I think early in 2013. So yeah, it’s been a little while in the making. As I look back on all that has happened in the past three years or so it’s hard for me to imagine that some of these things even took place. I feel better and stronger than I have in many, many years. The love and support I felt from family, friends and fans all over the world has been overwhelming. That was a major inspiration for me to work hard and get back to doing what I do which reminds me, that while I was in the hospital after the first heart attack, I got some flowers with a note that said, “Get back to where you once belonged.” They were from Paul Schaeffer and the band. That’s just one of many cards and gifts that truly helped me make it through all of this. I felt I had another chance at life. It’s been a lot of work but I feel I have a better understanding of my body now. I also feel a type of kinship with death. I’ve learned that we have to give more than we feel we can at times in order to become stronger and achieve what it is we really want. So that’s kind of it in a nutshell… 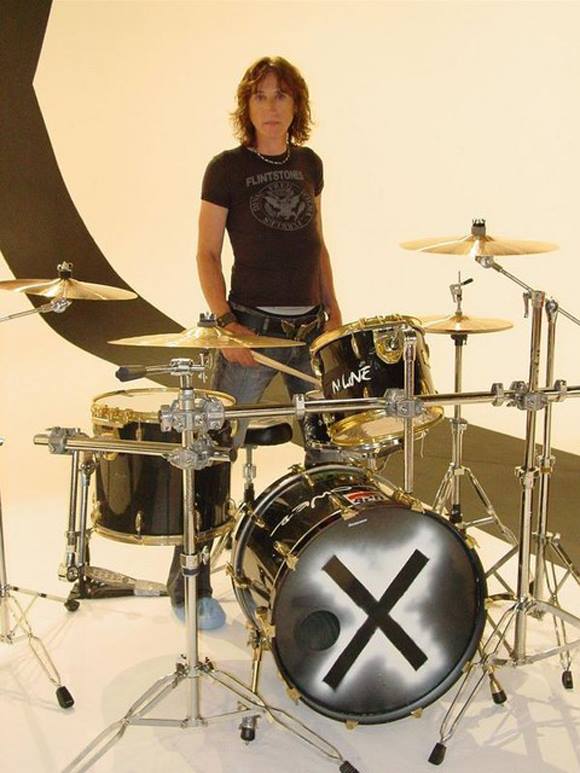 You work on this new album with some really great musicians like: Billy Sheenan, known from Mr.Big, Steve Vai & David Lee Roth and Phill Keaggy and Earl Slick (David Bowie, John Lennon) How did you got in contact with these outstanding artists

I’ve known all these guys for years now. I met Phil in 1979 and ended up being in his touring band for a good part of 1980. Dug was also in that band. I had certain songs that I felt were begging for these particular people. I called Earl and told him I was making a record and would love for him to be a part of it. He said yes practically before I got the question out. I love Earl. The same with Phil. He agreed without hesitation which is a true honor to me. He said, you served me many years ago and I would be happy to serve you now. What a wonderful man and incredible guitar player. My wife and I were hanging backstage somewhere with Billy and his wife and I mentioned the record I was working on and he said he would be honored to play anything on it. I was thrilled to think Billy would play on my record. So I thought about it and came up with a couple of songs for him to play on which he did and like everybody on this record he played the most perfect things imaginable. Everyone I asked was happy to contribute. My good friend Bob Burger played bass on a tune. JD Deservio played bass on a tune. My son Joey sang on a tune. Andee Blacksugar played guitar throughout the whole record. John and Matt Farley added some harmonies. Topher Nolen played bass on a tune or two. Matt Gray played some piano. David Parks added some percussion on a tune. And Virus, Dan’s brother sang on a tune. I think that’s everybody and everyone did exactly the right thing for the songs. And of course Dan played guitar and bass and sang throughout.

Way back in your career, you toured with a great vocalist; Greg X Volz (known from Petra) Did you ever think of asking him to help you out on your solo album

It was through Greg that I met Phil and Dug. I haven’t seen Greg or talked to him in years. I had some great times with Greg but it actually never crossed my mind to ask him to be on this record. 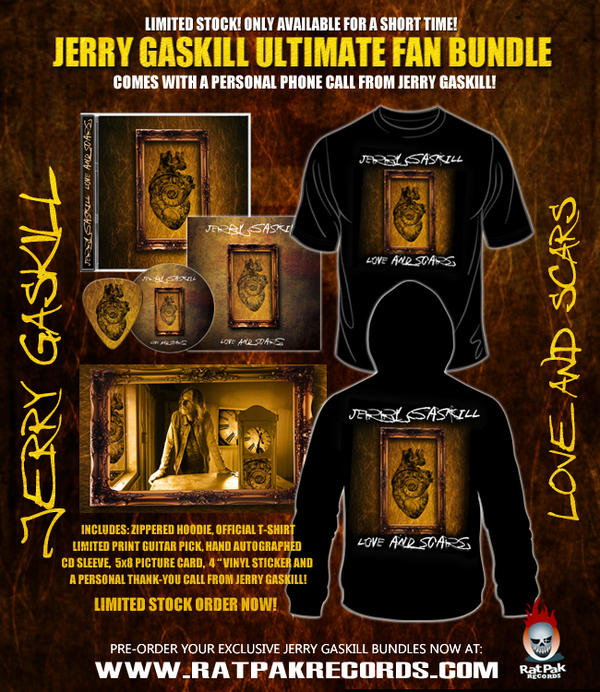 Can you tell us something about the recording studio: The Underdog Studio’s

The Underdog Studios is Dan’s studio in his home in Nashville. We did all the vocals there and Dan did all his parts there. It’s a very comfortable situation to work in.

Are you going to tour or play any live shows with a band, promoting this album

I would like to do some shows. We’ll see how things go. I think we could put together a great band and then I’d have to sing. So we’ll see. I definitely want to.

I would love to put out a book someday. I’ve been threatening to do this for years. I have some short stories and various other writings that are important to me. I would very much like to get that out there for the world to ponder as well.

What are some of your own favorite bands

I love Deftones. I love Blackberry Smoke. I dig Rival Sons. I love my son’s band Recovery Room. That’s what immediately comes to mind. Of course The Beatles and the stuff I grew up on in the 60’s and 70’s.

I never know how to describe the music I make. It’s the music that I hear and the music I want to hear. I love this record so much that I almost feel on the outside of it as though I’m listening to another artist. I’ve never really felt this way before. I feel like a fan.

I’m sure we will. We talk about doing another record. We’ve been doing shows. One of these days we’ll get together and make some new music together. I just don’t know exactly when that will be. When we do I want to feel ready and I want it to be the best record we can possibly make.

Any other hobby’s beside playing the drum

Do you have a last word to the readers of Bonavox Magazine, The Netherlands….

Be good to yourself and listen to your body. Your body tells you what it wants and what it doesn’t want. Thanks for all the love and support. And don’t forget to buy Love and Scars…