In 1998-’99, I began to feel someone was living in our backyard. It may have even been 1997, not sure. It was definitely after Dana’s untimely death. I would find men’s underwear near our jacuzzi and joke about a bum bathing as we slept.   Little did I know, it was true… 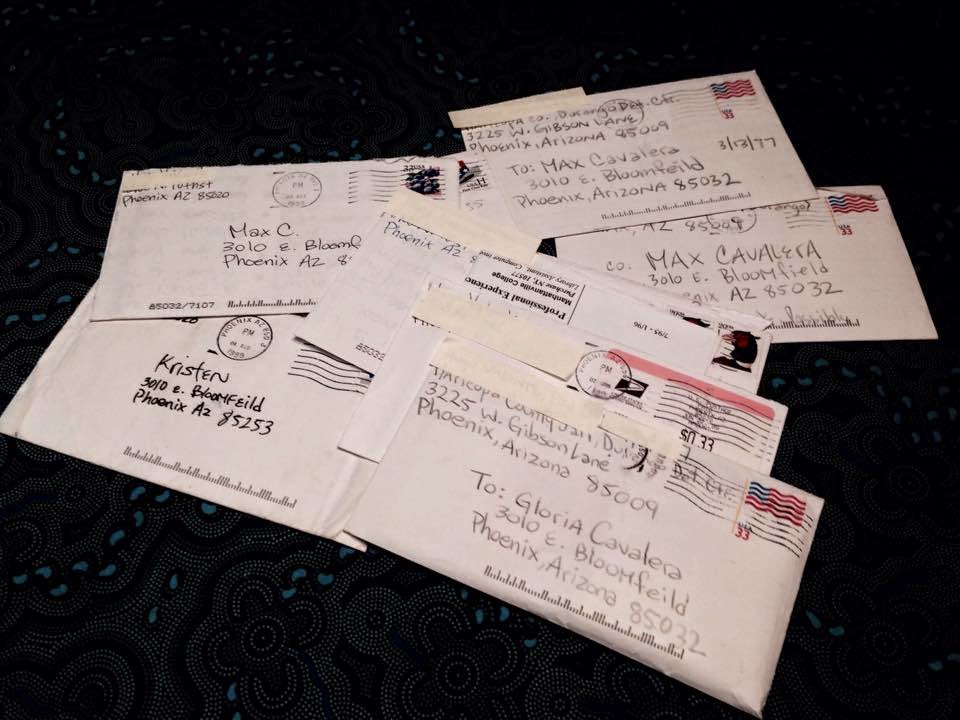 I began receiving messages on my office phone from a strange man; I will call him Leo, to avoid telling his actual name. Leo began with simple questions like “Does Max live here?’ “Are you the manager of Max?” “Did Dana live here?” After a few calls, I began to feel a bit unnerved and very suspicious. Next came letters, first to Max, then to me and after a couple years, to Kristen, my friend and Dana’s girlfriend.

One day, Leo caught me on the phone and filled me in on his ‘quest.’ He had taken a Greyhound Bus from Florida to Phoenix, to search for Max. He was an overly obsessed fan and wanted to meet him badly. Leo was also unemployed and homeless. As luck would have it, when he arrived at the bus station, he met someone who was also a fan. The young man told Leo he knew a girl who had gone to high school with Dana; maybe they could find her. Leo said it took some months, but she was eventually located.

The young girl had actually been to our home once and gave Leo vague descriptions of our house and how to find it. “Just go to Shea Road and walk block after block and look in all the living room windows,” she said. “Eventually, you will see a wall of masks and a blue light from a big screen TV.”   “That’s the house.”

It took Leo over 3 months of strolling and peaking in windows, but he eventually found our house. Not having anywhere to live at the time, he decided our yard would be his lodging, our jacuzzi his bath tub and the fruit from our many fruit trees would be his meals. He lived for one full year in our backyard before his phone calls began! He would peak in all our windows and watch our family. He learned our routines and knew I would get up early. Every day, he made certain to be gone before I woke up.

One day, while working in the office, I received a call from a homeless shelter. It was one of the women counselors. She confirmed my identity and shared hers with me. Then she said “I don’t want to sound crazy, but have you ever seen the movie, THE FAN?” I said I had. She went on to describe one of the drifters there as being obsessed with our family and said she felt he could be a danger. I asked if it was Leo and she said it was. I thanked her and hung up. Things had just stepped up a notch! 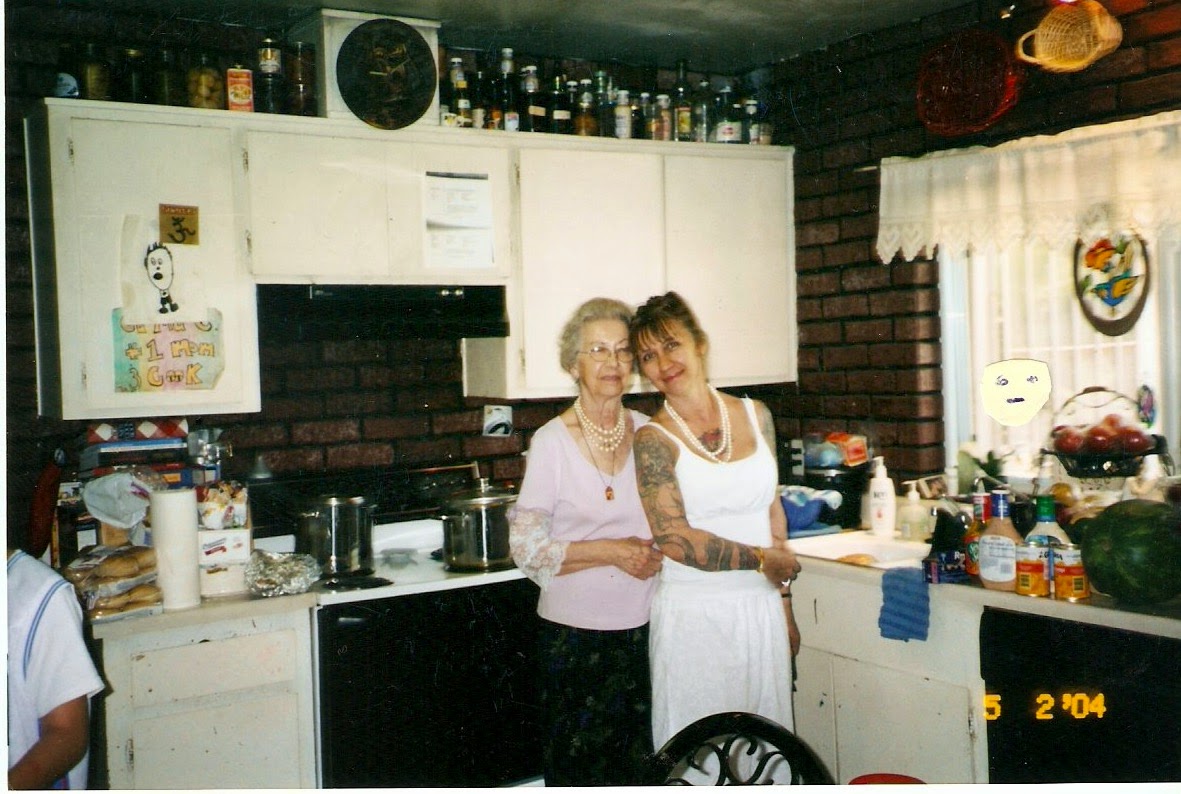 Leo began to be more assertive. He began calling more and more and leaving drawings and more letters at our front door. He switched his obsession from Max to me. I began to catch him outside our home, in the front yard. Max even did an instore autograph signing, and in the daily newspaper story about the meet and greet, there was Leo, in the photo, right behind Max.

One night, very late, the doorbell rang and rang. I looked in the security cameras and there he was. It was Leo! I called a friend to come over and he called the police. By the time they arrived, Leo was in our back yard at Max’s statue of Jesus. Leo had lit many candles and was rubbing 2 coins together. He was doing brujeria!

He told the police Dana had sent him to protect me and he seemed mad at Max for something. He said the coins had scorpions on them and foretold a bad omen. He wanted to speak with me, but I refused. The police took him to jail. On the day he was released, I caught him hiding in our front yard! We could never have him arrested again or served because he was homeless and sleeping in parks, since our yard was no longer safe for him. There was no address.

One day, some friends of our children told us that he was also following them home on the city bus! This was getting out of control!! All the while, he continued to call me and write letters. He switched his obsession from me to Kristen, and then her letters began. They were especially frightening since he wrote things like, “Dana wants us all in the same room.” 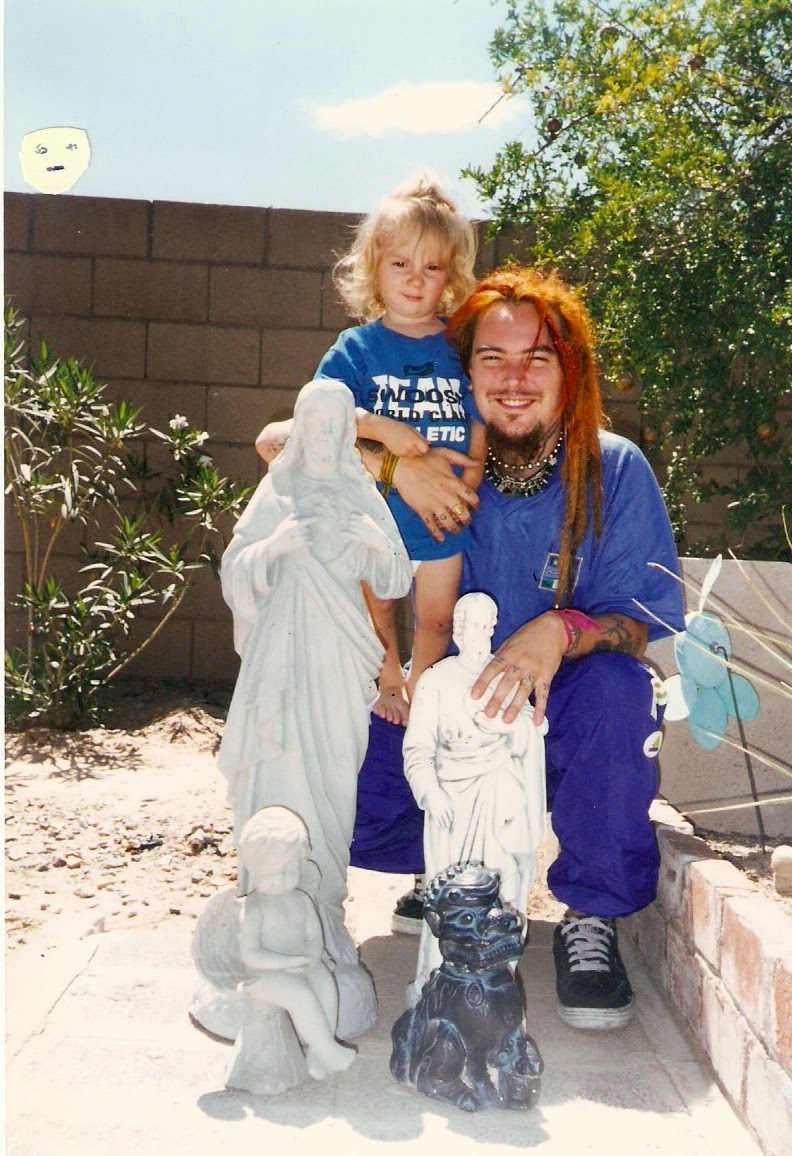 After 4 years of this constant fear, as I was walking on stage left at a Soulfly concert, an arm came around my throat from the back. I knew it was him immediately, from the smell of homelessness. He whispered in my ear that I would hear from him by phone, and then he slipped away. This happened in a packed venue, near the stage while the band was playing!! He was smooth and slippery. I felt lost!

Then silence…no calls, no letters. I answered the phone one day and it was Leo. He said he was calling to ask forgiveness from me. He said he had been meeting with a priest and had realized it was wrong to stalk us and peak in our bedroom windows (!) and frighten us. I said “That’s it?” And he said “Yes, that’s it.” He disappeared as fast as he had once appeared.

We never heard from Leo again, but often times I felt as if his eyes were behind me, watching every move. Like a dark shadow, attached but silent, stalkers suck!! Always watch your back, Students!!