Legendary thrashers OVERKILL have announced a special anniversary show at Turbinenhalle 2 in Oberhausen, Germany on April 16th, 2016. On that evening, the band will play the records “Horrorscope” and “Feel The Fire” in their entirety. As if this wasn’t enough, the show will be recorded for an upcoming DVD release.

“This April in Oberhausen we will celebrate not one anniversary but three, by recording for DVD, “Feel The Fire” and “Horrorscope” in their entirety, and 30 years touring Germany. Why DL? Well this is where it all started for us, and truly our first home when it comes to live performance. It is not so much the celebration of the releases but more so one that celebrates our solidarity and commitment to the Deutches-metal scene from the beginning….so join us, be loud and above all BE metal! Over the wall boys and give ’em the cold steel!” 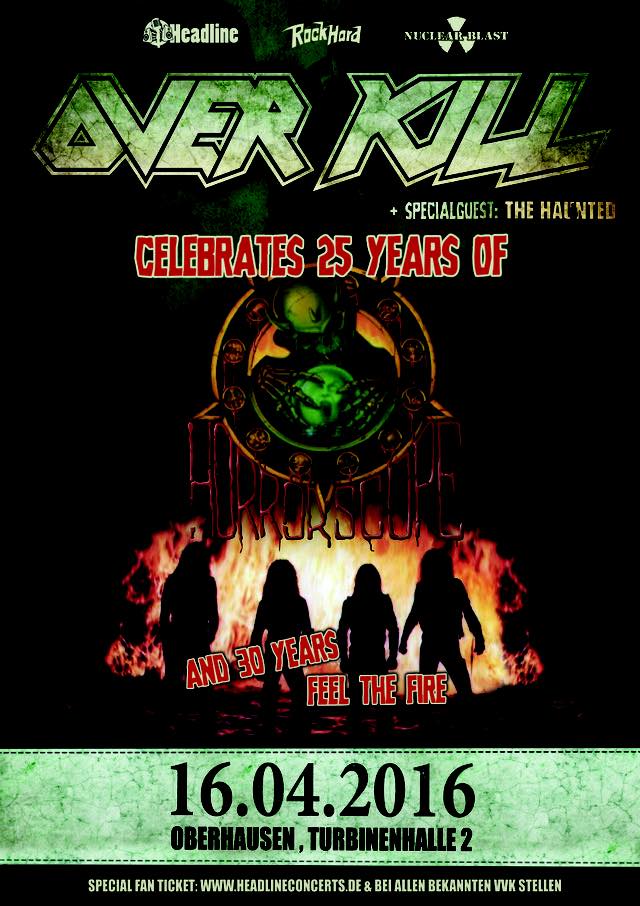