Nottingham pop punk quintet Catch Fire have released a stream of sophomore single and forthcoming EP opener ‘Introspective Pt I’. Pulling no punches, drummer Ash explains: “Lyrically it’s about feeling insignificant in a relationship, when you can’t help but feel like the other person would be happier without you, which inadvertently makes you unhappy and leaves you feeling inadequate. Yes, that’s right, a pop punk song about a girl.”

STREAM THE NEW SINGLE BY CLICKING ON THE IMAGE BELOW:

Formed earlier this year from the ashes of local heroes Layby, the act recruited new vocalist Miles Kent and rebranded: “We thought it was only right to give ourselves a makeover, as we felt that we were a different band completely, with regard to the music we make and the things we stand for”.

We would be remiss to not highlight that the Notts quintet do not – NOT – take their name from The Hunger Games franchise. No, that would be daft. Rather, their moniker was inspired by guitarist Neal Arkley and his, ahem, hair colour. “Neal is ginger, and there isn’t a day that goes by where we don’t verbally assault him for it, though we know we shouldn’t,” says Tim. “Neal walked into practice one day, and Ash said “Neal, I think your head’s caught fire”. That’s it. Band name sorted… we don’t have anything against gingers by the way, just to clear that up!”

Dubious nomenclature aside, Catch Fire are gearing up for an explosive year, with The Distance I Am From You the ideal incendiary device. Teaming up with rising European label Rude Records (Set It Off, Zebrahead, Blood Youth, Light Years, Knuckle Puck) for the release, it boasts bangers as infectious as lead single and future floor filler, ‘Bad Behaviour’, and the soaring, emo-tinged ‘Anaesthetic’, packing a purely posi-pop punk punch. 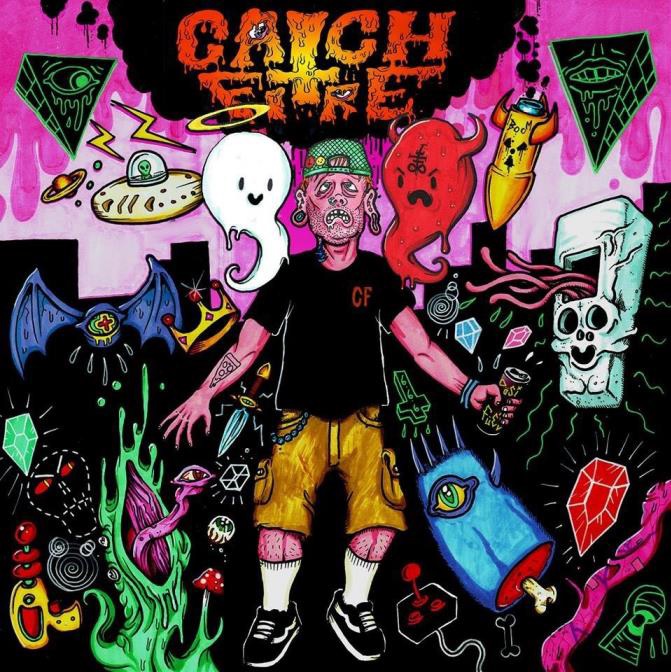