Very fine I must say! It has been a very intense year since we started the writing process of our new album, and we are very proud about the result and cannot wait to be on stage again! 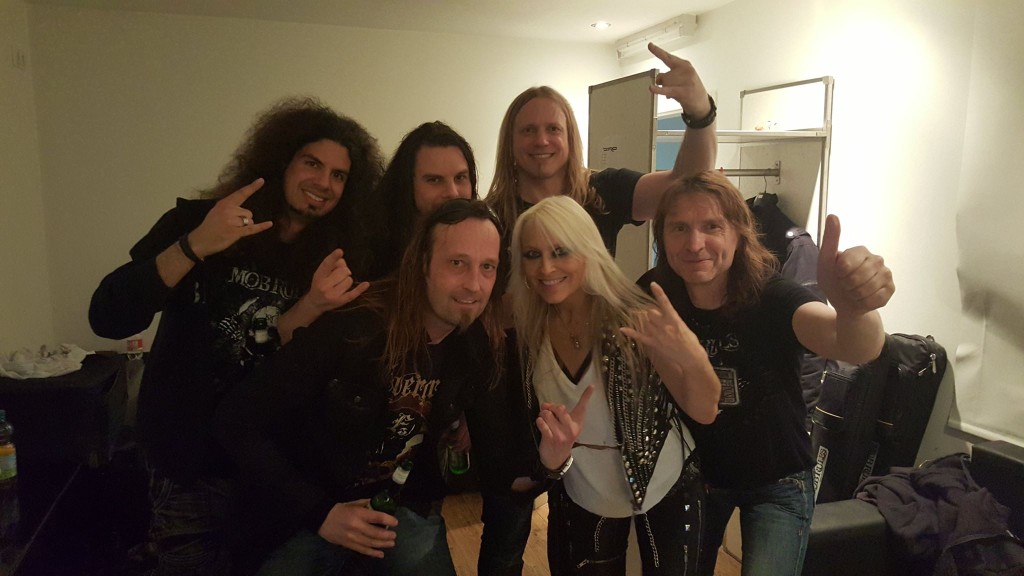 It’s already about 2 years ago that you and the other guys from Mob Rules where celebrating the 20 th band anniversary?.. how do you look back after all these long Mob Rules years..? anything special you remember you want to share with us..?

A lot of great things happened in this time, but maybe our show in Atlanta 2011, I think this was one of the most special moments we had! A band from Northern Germany and suddenly we were in the US and realizing, how warm we were welcomed! A guy told me, he came by plane from Philadelphia just to have the chance to see us. It was an awesome experience!

The last release was in 2014.. this release has everything to do with the bands 20 th anniversary. It was the Timekeeper boxset..It included a 3 CD/DVD box. Please tell us how this box was received by the press and fans?

The reactions where overwhelming and I think this box gave us a big push forward. The press and fans suddenly realized that we existed for two decades without a break and created a lot of music in this time and maybe rediscovered our older albums again. It was a good thing to look back and be proud of what we did and to start the next chapter! 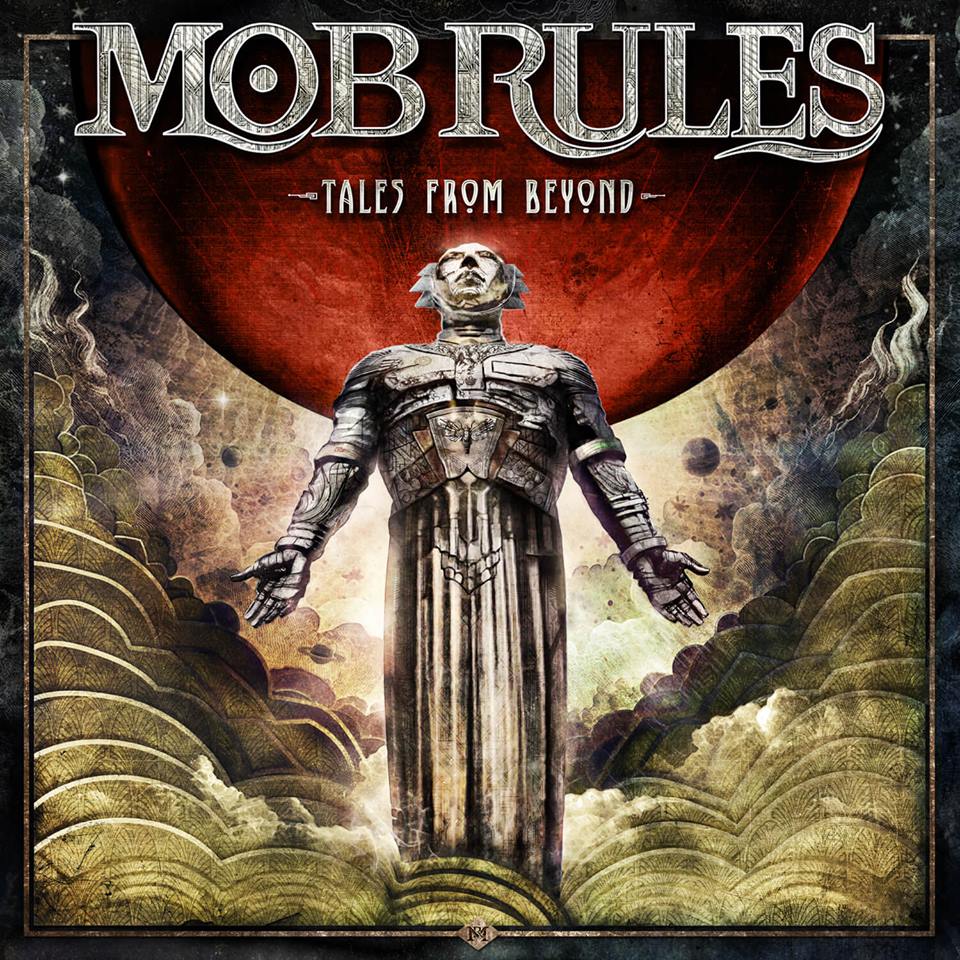 Now the new album will see the light of day. On 18 March 2016; “Tales from Beyond” the album is called. Please tell us something about the studio, recording of the album and the great Front cover of the album..?

After the great reactions to “Timekeeper”, our label asked us if it is possible to make a new album within a year. This was a tough challenge, but we accepted and then had a very productive year. Our guitarist Sven has built his own studio inside his house, and that was the place to be. Instead of putting the whole band into rehearsal room, we met in smaller groups and worked on different songs simultaneous and made a pre-production for every song. After the summer, the final recordings began and short before Christmas the final mix was done. You asked about the cover: It was made by our drummer Nikolas, who is responsible for the whole artwork and design in the band. It should invite you into a journey and discover something new and has a kind of art deco style I really like!

Where is the new album lyrically all about? is there lyrically anything you want to share with your fans?

Let’s begin with the first song, that is based on the wonderful novel by “Theodor Storm” called “Der Schimmelreiter” or in English “The Rider On The White Horse”. An epic story, that really suits to a Power Metal song, and that takes place in our direct neighborhood. The second song “Somerled” is based on a historical person from 1140, half Scottsman and half Viking, that freed the Scottish Islands from a tyranny king in two great sea-battles and became the “Lord Of The Isles”, a kingdom where Scotts and Vikings lived peaceful together. Sounds like a Hollywood-movie but is true history. In “Dust Of Vengeance” we took a book from an author of our hometown as reference. It has a dark plot about creatures of smoke that infiltrate your body and lead you to live-out all your hidden dark phantasies. The song “Signs” is about all the changes that occur around us and the three songs in the end are an abstract interpretation of “Andy Weir’s” book “The Martian”. As we started with this idea, we did not know that a film was planned, but this only shows that we were right with this decision, because it is a really awesome book! 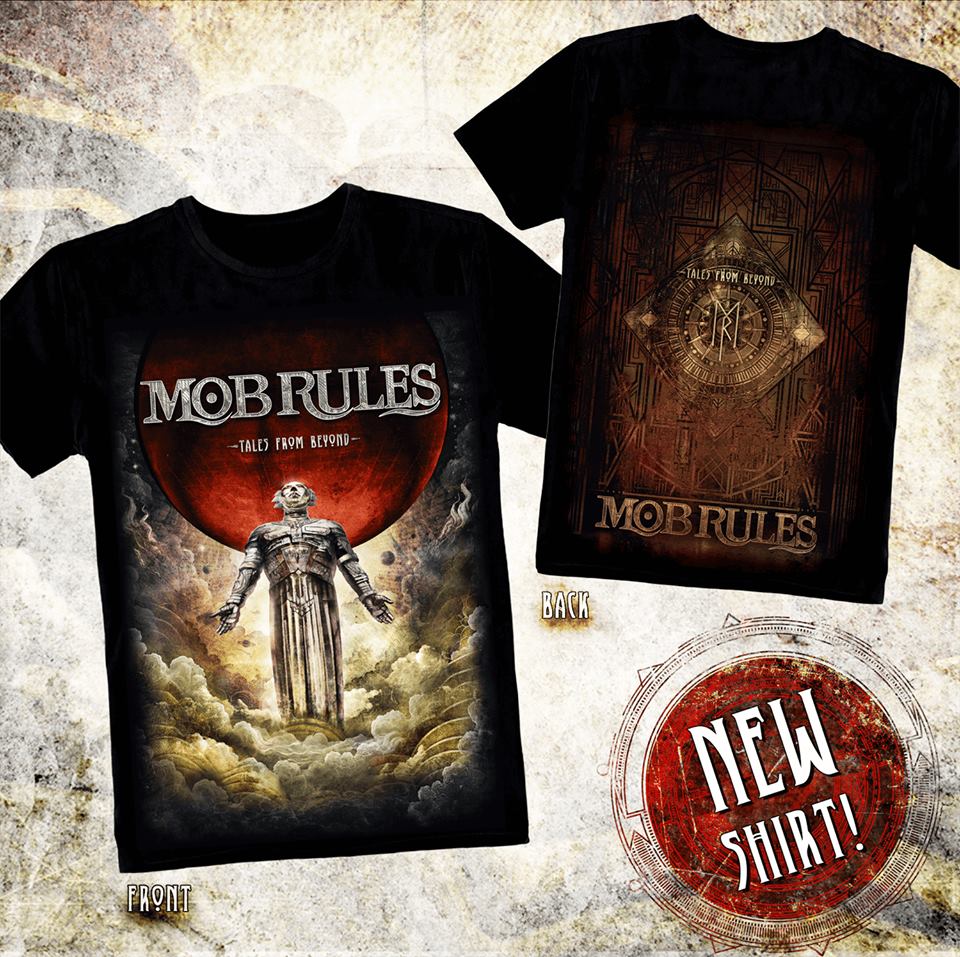 There will be from the new album some nice packages prepared for your fans. A nice CD and LP Digipack box packages..Will there also be bundles again, with T/shirts and posters etc?

It surly will, but only in our own webshop at www.mobrules-shop.de  So better check it out!

The band will be touring with Axel Rudi Pell throughout Germany, Holland, Belgium and Switzerland… this was probably some great news when you heard about it..?

Oh yes, what a great way to promote our new album and reach a lot of new people! Axel Rudi Pell is our lablemate and we have a quite similar audience and he released his new record one month before. This fits perfectly and our label has the chance to promote two new records with one tour! Win-win for all! 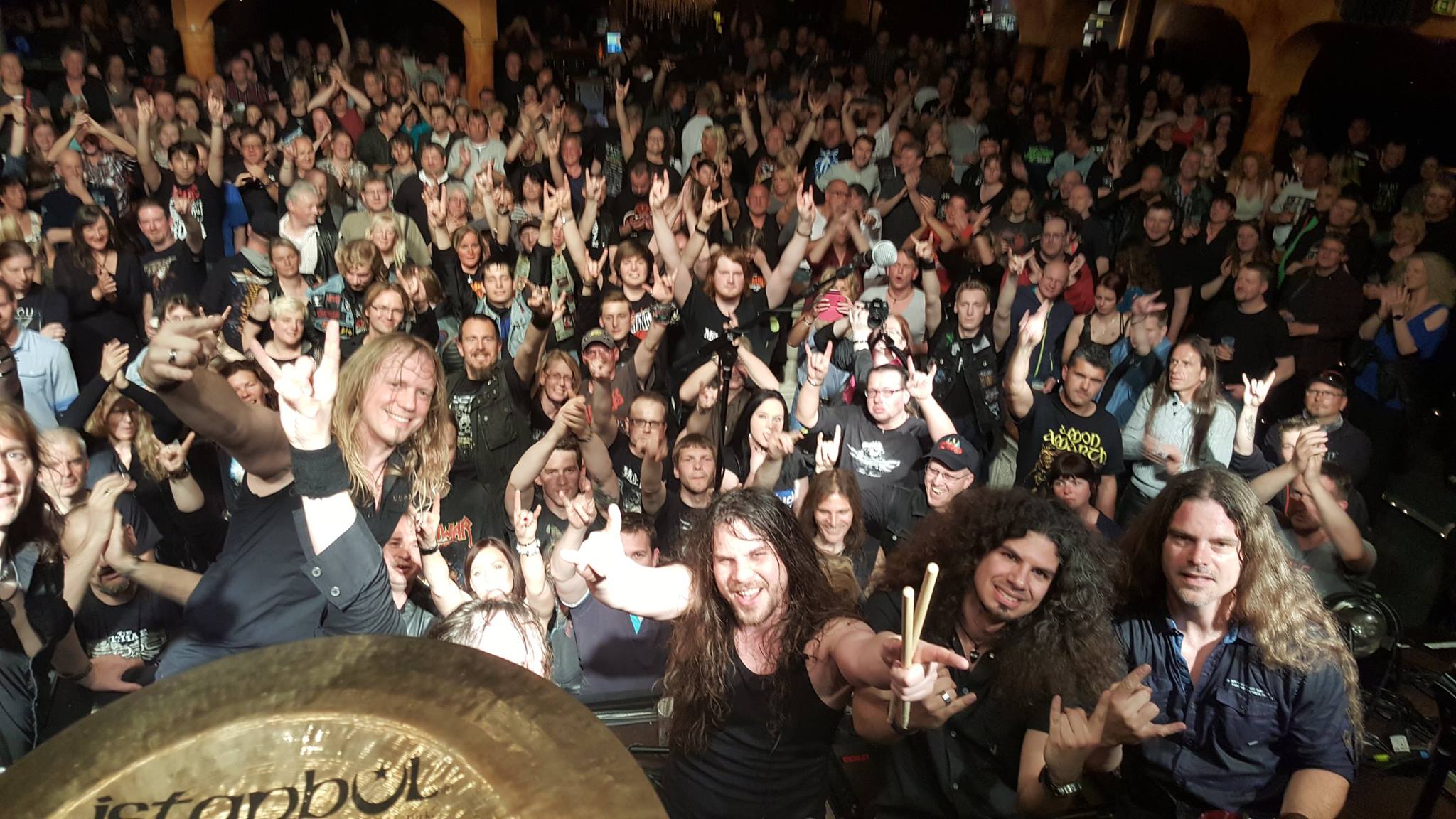 Any shows planned outside Europe?

No further plans, yet. But this does not mean it won’t happen. At this time, we have full focus on the release and the tour.

Any other news concerning Mob Rules, you want to share with us?

We just released a lyric-video to the new song “On The Edge” that you definitely should check out!