After the incredible success of the new album “Found In Far Away Places” with a Grammy nomination from this year and the last european Fall tour, Pennsylvania metalcore quintet August Burns Red are thrilled to announce their return in Europe this summer with an incredible road map including some of the most popular festival on territory. Tickets on sale now.

“Europe does festivals better than anyone else” says guitarist JB Brubaker “We’re excited to participate in festival season this year and will be playing a bunch of club shows with some friends as well. See you in June!”. 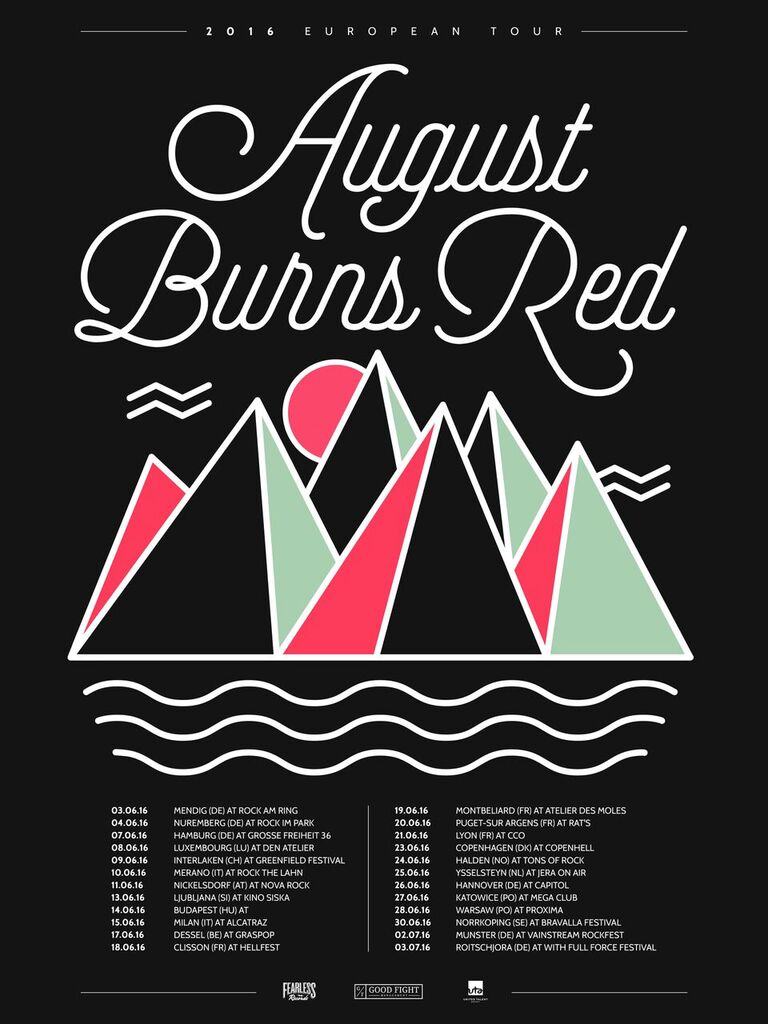