Poland and heavy metal. A lot of metalheads will know bands like; Vader, Decapitated, Behemoth, Riverside..Maybe some of you will know; Ceti, Acid Drinkers, Hate, Lost Soul, Yattering, KAT or Turbo. And to this list you will have to add another band called; Vervrax… 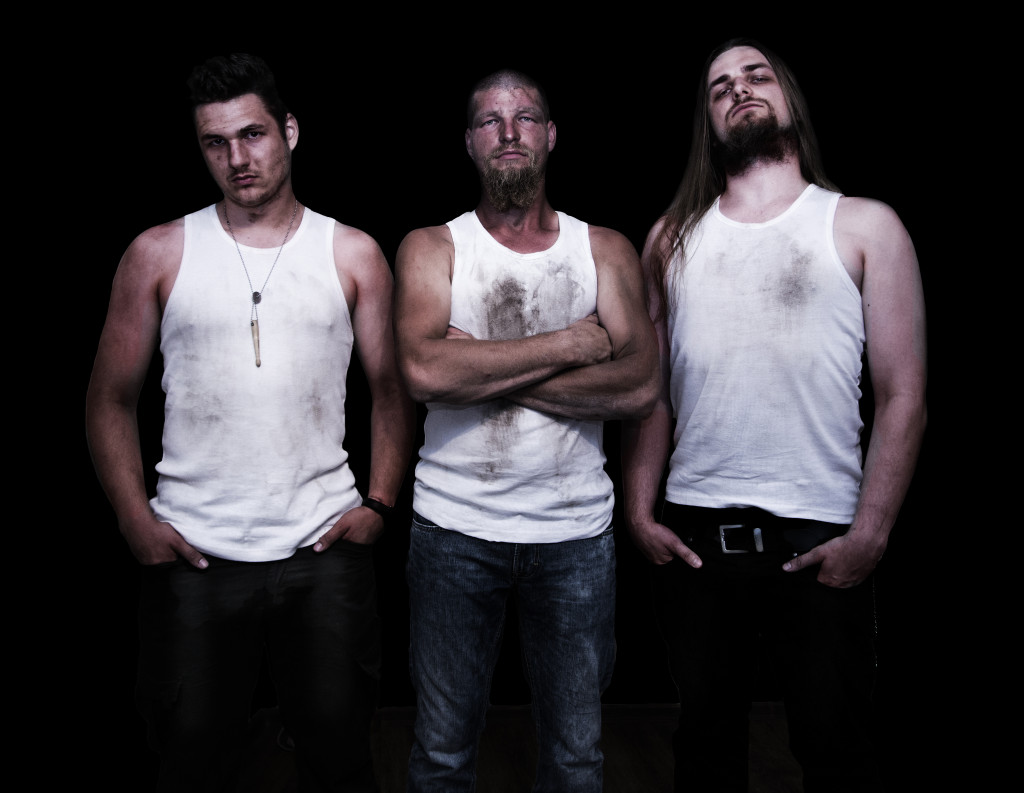 Hello how are you doing?

Where are you guys coming from?

Piotr: We’re from Poland. We live in a small town called Iława.

Please tell us how Vervrax got started?

Piotr: We formed our band in 2009. The beginings were pretty easy. We decided to use two drum sets, two guitars, bas an vocals. We already had a rehearsal room, ideas and unceasing desire to play together. Our only problem was a constant lack of satisfying main vocal. After a long-drawn search we decided to end our activity. Nope, just kidding. Basior – our bass player from back then – learnt how to sing (and obviously became our singer), and it remained so until 2014. Unfortunately, Basior left the band and so Bartek was forced to switch to bass and vocals. Also in the meantime we changed one of our drummers (drummer from the original crew left us, so he was quickly replaced with Milosz). And so the gang that plays today was formed.

I just listening to your band and it sounds familiar to me… Acid Drinkers are coming directly to my mind?

Piotr: We’ve heard that already. Someone once told me that our album ” Bitch, Poverty, Hell ” sounds like Acid Drinkers’ album that hasn’t been recorded yet. However, in my opinion “Human Terror” album doesn’t sound like Acid Drinkers that much. It’s stronger, heavier and more brutal. I would say it presents the essence of our own sound and style. 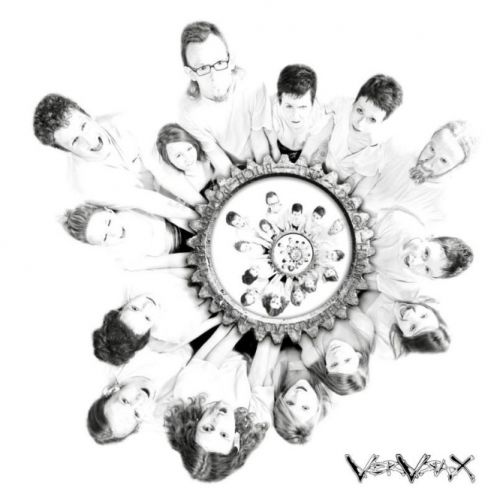 In 2013 the band released it’s first debut album called: “Bitch, Poverty, Hell”, please tell us something about the album, where the album was produced, on which record label and where the album is all about.

Bartek: Our debut album was recorded in SOUND DIVISION STUDIO in Warsaw in august 2012. Our producers were Filip “Heinrich” Hałucha and Szymon Czech. Jakub “Kikut” Mańkowski took care of the mastering and mixes. Although we tried, but we couldn’t find a record label interested in releasing our album, so we decided to do it at our own expences.  Our Record sessions can be found on Youtube (and we’re obviously inviting to watch them, as they contain more details). At that time our band consisted of five musicians and I can honestly say that when it comes to music – this album is an outcome of our collective work. On the other hand lyrics were written mostly by Basior (our ex vocalist/bass player) and he should take most of the credits. In general, ” Bitch, Poverty, Hell ” is about common problems in modern society. In some measure I consider it to be a compass, helping us to deal with everyday struggle.

It’s also worth mentioning that we invited well-known Tomasz „Titus” Pukacki from Acid Drinkers to contribute to our work and sing in “Phobia”.

Bartek: Of course the name of the album is related to its’ content. Every one of us can relate to this title in some way.

How was the album received by press and fans in Poland?

Bartek: Our fans and friends were fond of it. Most of them were thrilled with the energy that two drum sets gave us. To be honest, even we were surprised with the outcome.

Any idea if your album is distributed in de rest of Europe, Promoted outside Poland?

Radek: Unfortunately our album wasn’t distributed in other European countries, but we’re planning our first European tour which will probably take place this year. We already gave a couple of interviews, and we will hopefully arrange some more. At this point we’re waiting for press and internet reviews to receive constructive opinions and professional perception of our art. Above all, we expect a growing number of concerts abroad, as we strongly believe that live performances are the best way to promote our (or any other) music.

I saw that you played live with the Big and Hot Polish bands like; Acid Drinkers, Lux Torpeda, KAT etc. Please tell us something about these shows, how it was playing with these legendary Polish bands etc..

Radek: It’s obviously an incredible experience to play next to the bands you’ve always looked up to.  Being so close to theese people and seeing how their worki is done was a great opportinity to learn and just absorbe the entire atmosphere. Honestly, we received a great amount of tips and suport from the band members, or even the stage crew. 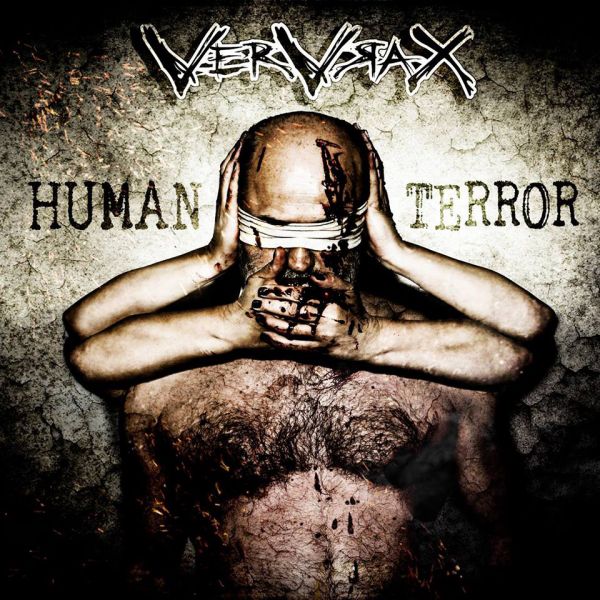 This year the band released the second album: “Human Terror, please tell us something about this album?

Bartek: Yes, in 2015 we released our second album, also on our own. It was recordered during  summer in the SOUND GREAT PROMOTION Studio in Gdańsk. Drum sets were recordered in CUSTOM 34. This time Jakub „Kikut” Mańkowski took care of everything – he was also our producent. “Human Terror” was composed by all of us, although lyrics and the general sense were Bartek’s creation. Also this time the name of the album is strictly connected to its content. There are nine song, some of them explore the dark side of the humans nature, while the others relate to spiritual rebirth. What is more, we decided to shut a video to “Nemesis”. It tells a brief story about how often we’re judging people even though we deserve our own punishment.

For this album you went to one of the best/leading record studio in Poland; the Custom 34 Studio where the big names in Poland producing there albums like; Chemia, Budzy (Armia, 2Tym 2,3, Arka Noego etc), Kamil Bednarek, known from, Poland Got Talent etc. Please tell us about the time in this studio how things went there etc.?

Miłosz: In Custom 34 we spent only one week, as only drum sets were recorded there. It presents high standard, offering its customers a great variety of possibilities, in both – technical and personal meaning. It was an indescribable experience to be able to record in such a professional studio.

What are some of the favorite bands from the Vervrax band members?

Radek: When it comes to – let’s call it „international metal” – we’re fond of Metallica, Mastodon, Gojira, Lamb of God and Testament.

From our Polish scene we enjoy the great music of Decapitated and KAT /that’s one of our latest favorites, almost constantly played during our journeys/. 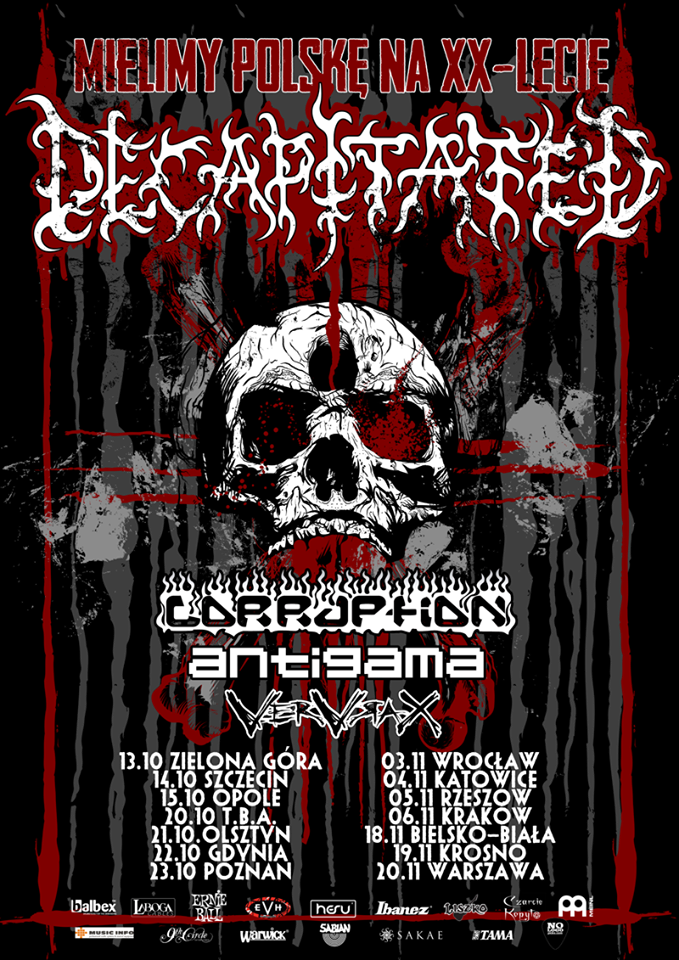 Piotr: Of course. We are planning to organize as many gigs as possible. At this point we’re arranging some abroad concerts and planning a big tour in Poland.

How is the metal scene at the moment in Poland?

Miłosz: In my opinion metal scene in Poland presents a high level of professionalism. More and more bands are recognizable in Europe and for instance Behemoth or Decapitated have their fans all over the world. No questions asked – we’ve nothing to be ashamed of.

Where our readers can find all the info about Vervrax, is there any information in English?

Miłosz: We run our website www.vervrax.com in Polish – our native language, the same with our facebook page. For now we don’t have many fans abroad (but we surely hope it will change soon!). I can assure you that when we will – we will think about using English. Or check out: https://www.facebook.com/vervrax/

Do you guys have a last word to our readers?

Piotr: Yes, people like us create music for your amusement, you give us the power that we need – when you come to our gigs or buy our albums. Don’t put this off for later.

And of course we would like to pay tribute to our greatest inspiration and motivation – Lemmy Kilmister. Rest in peace.