Hello Mistheria, please tell us how you are doing at the moment and how is it to live in Italy?

Hello Heiko! All good here, finishing some administration and promo stuff for the Vivaldi Metal Project, answering messages and comments to the fans and friends, making some new plans about my new solo albums and, as always, keeping practicing …

Please tell us about the pseudonym or alias, “Mistheria”.. is there any meaning behind it..or is it not worth asking…?

It’s a name that I’ve chosen back in the 1996 (wow! …it looks 20 years ago already:) when I’ve created a multimedia show including music, dance, narration and digital graphics. It was based on my music and some classical arrangements. I didn’t want to appear with my real name, so I thought to an artistic name and, due to my passion for the mystery and my a bit introvert personality, I’ve created my pseudonym “Mistheria”.

Are you watching/following Italy play at the Euro 2016, France?

Oh yes I do! I’m a football lover and, since my childhood, I’ve always played football as hobby, when the music practicing needed a break… 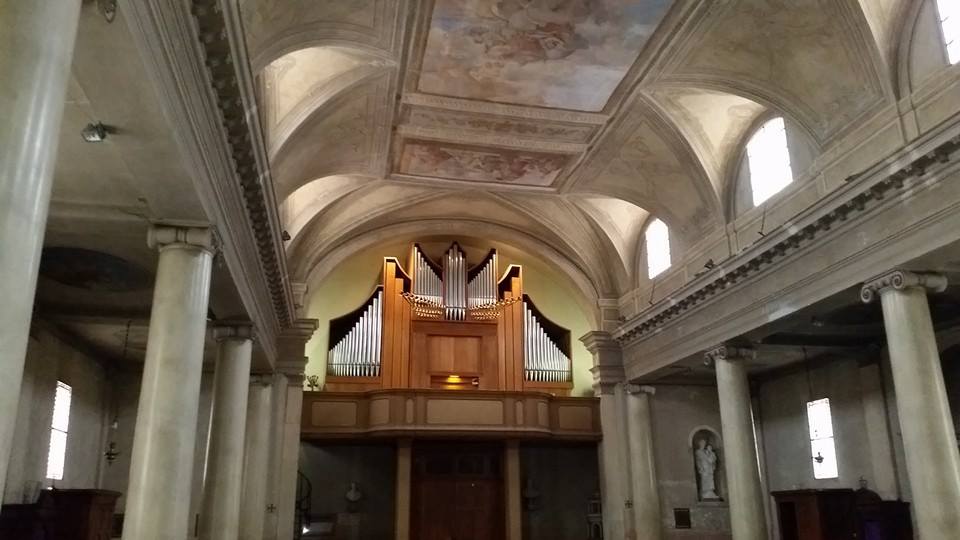 Please tell us about the project and the idea behind Vivaldi, Metal Project?

Sure. Since my childhood, I’ve been listening to Vivaldi’s “The Four Seasons”, a masterwork which enchanted me immediately! Also, during my Classical music studies at the Conservatory of Music, I’ve always loved, time by time, to make some arrangements based on masterpieces by Bach, Mozart, Liszt, Monti, Beethoven, etc. Therefore, the step to get to Vivaldi was right behind the corner… Some years ago, I’ve purchased a Piano reduction of “The Four Seasons”, a great edition which I’ve recorded entirely and that can be heard on my YouTube channel. During one of my practicing sessions on the Piano, I had a break and tried to make a Metal arrangement on the 1st movement of Summer, a minute or so of the main theme. I’ve liked the result and thought that it was a good starting point, so I decided to publish it on YouTube to check the fans/friends’ feedback which has been very good. So, I decided to cover “The Four Seasons” in full. It was December 2013. Few days after, bassist and composer Alberto Rigoni (www.albertorigoni.net), which already collaborated with me years before recording on my solo album “Dragon Fire”, loved the idea and offered his collaboration, so he became the co-producer. 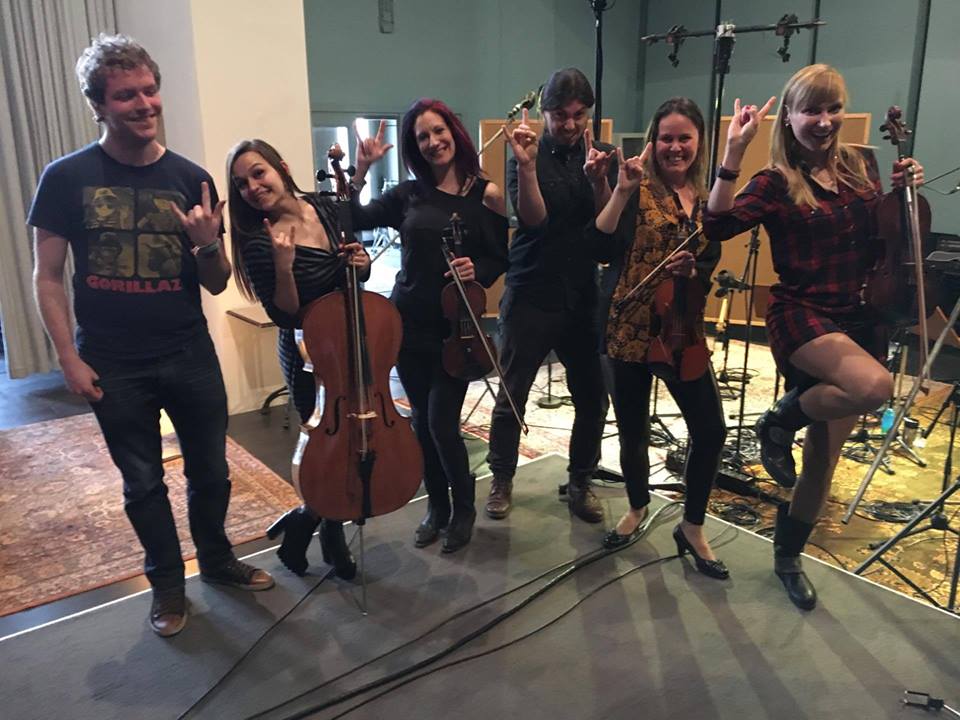 Why you choose Vivaldi and The Four seasons..?

Basically Vivaldi is one of my best composers! “The Four Seasons” is simply a music work which fits many elements that I love such as concept-based, perfect length, short and powerful movements to work on, simple but rich harmonies and wonderful melodies. These elements would have been the perfect “ingredients” for a symphonic-metal opera. 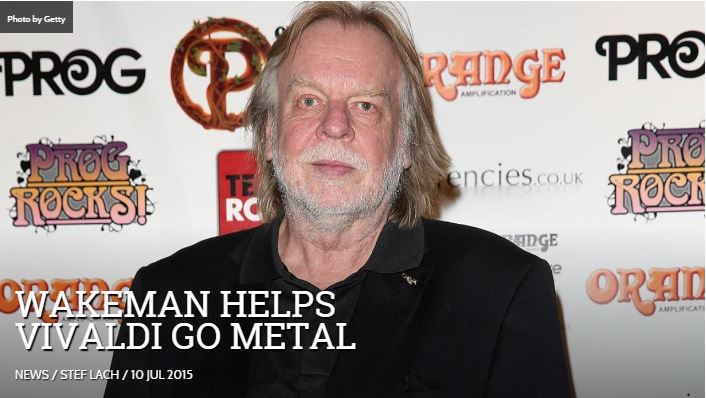 There are some great rock/hardrock and heavy metal specialists from known bands (about 25) that are involved in this project.. How did you find these fine musicians and how did you get all the music and vocals on the right spot in the recording studio etc..?

I’ve started involving all musicians/friends I’ve been collaborating with in the past… that was the most “safe” and great starting point for me, creating a solid lineup and to make the things moving on… after that, I’ve started contacting some musicians I’d have loved to work with. The answers from them were quick and excited, so it’s been quite easy to create a fantastic roster growing up day by day. Becoming a public project promoted on the web, we started to get also a lot of offers by more or less known musicians, all extremely talented! By the project, I had the real pleasure to discover some amazing artists! You can check all the participants here: www.vivaldimetalproject.com/the-project/all-star-guests/ – Meanwhile, I’ve started receiving demos from my fantastic arrangers (www.vivaldimetalproject.com/arrangers) and scheduling the recording sessions. So, I’ve been sending all the directions to the musicians, all the required material including audio and music score files. Many musicians managed to record by themselves, for some of them I’ve been booking recording studio sessions. Things moved almost the same along the project. Find the right spot for everyone has been quite the most challenging part of my production job. I had to “learn” about each single artist (listening to hours of music) to make a perfect “picture” of him/her and “save” it in my brain-disk. So, while listening and working on the arrangements I was able to “load” the right artist for that “file”. Hope it’s clear and gives you a better idea of the job done … 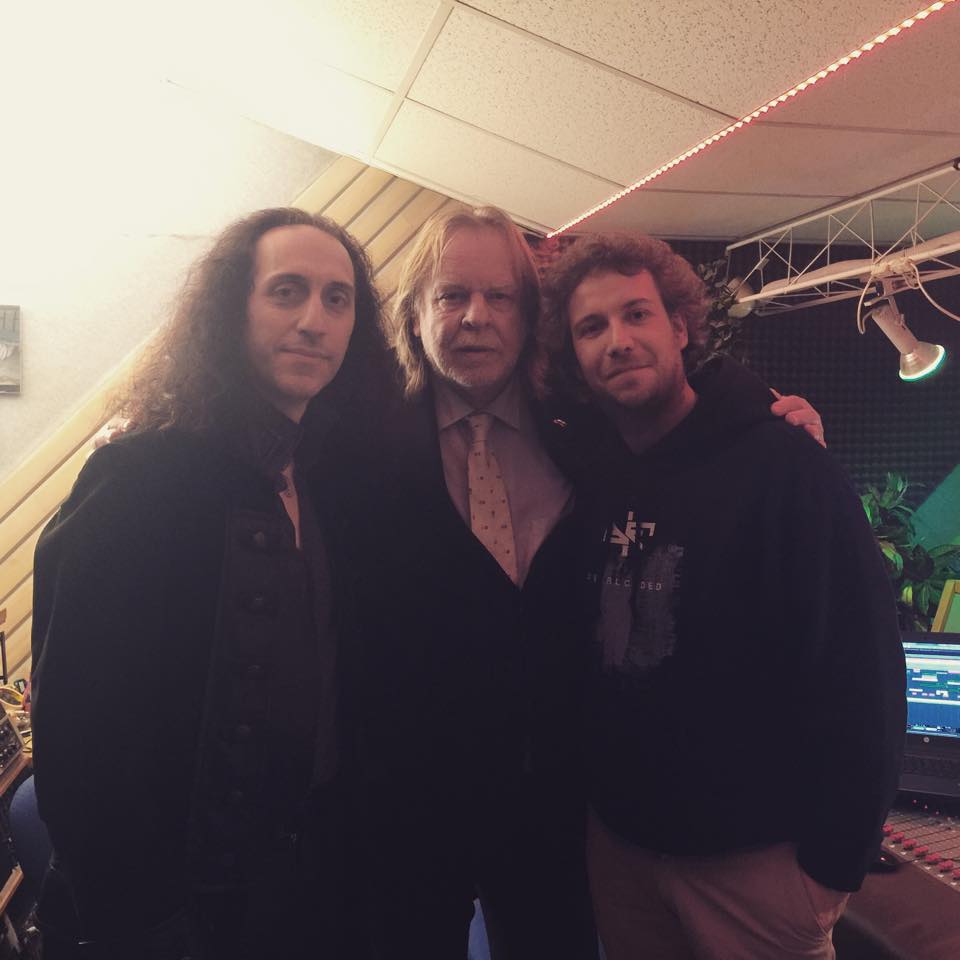 You also got some help from legendary musician and composer, million album seller, Rick Wakeman..What is the story behind this idea, and why you choose mister Wakeman to help you out with the advertisement of the album..?

One of the most exciting and unforgettable goals that I’ve reached working on the Vivaldi Metal Project has been to meet the Rock legend Sir Rick Wakeman. On Autumn 2014, it happened that I’ve got a call from “Interesting Films” (UK), a film production company. They were working on a documentary on Vivaldi and Vivaldi’s music nowadays. They discovered the Vivaldi Metal Project searching on the web, so they wanted to include it in their documentary. And you know who was the artistic director and interviewer? Sir Rick Wakeman! So, shortly, it came the day to record the short movie in Venice (Italy), Vivaldi’s hometown. In that situation, we talked a lot with Rick, beside interviewing me, we’ve shared thoughts and ideas, and Rick loved immediately the project when he was listening to some demos (only demos at that time) that I’ve been playing for him and the interview purposes. Rick is an awesome person and wanted to give his support to the project recording a promo video, it’s been so kind from him and I’m really honored of the words that he devoted to me and the project!

The album will be released on 22 July 2016. this will be in  the middle of our summer vacation in most of Europe, do you think this could be a problem, that a lot of people will not be at home at that time..?

I’m not the right person to talk about it, I’m “only“ a musician 🙂 We got an awesome label, Pride & Joy Music (www.prideandjoy.de), and a great promotion agency, Birgitt Schwanke’s GerMusica (www.germusica.com), that work so great and that know the right schedule for an album release. What I know and heard is that, today, there’s not anymore that “stand-by” Summer season about new releases. Fortunately, people keep listening music anytime, anywhere… We look forward to July 22nd for the CD/Digital release and to September 9th for the vinyl release (double album). 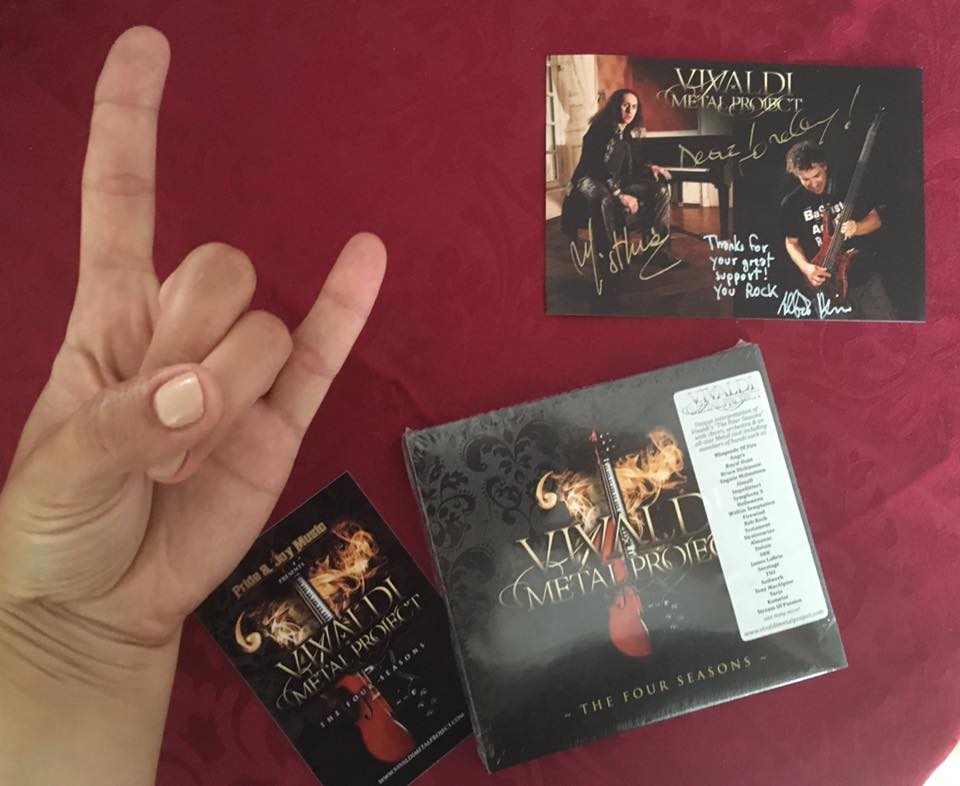 Will there be any live shows after the release of the album..?

This is something everybody keeps asking for and, sure, we’d love to bring the Vivaldi Metal Project on stage! Of course, as you can imagine, it’s not easy but we’re dealing with some booking agencies and promoters to make it happen. We already got several invitations from Italy, Bulgaria, Poland, etc. Let’s hope we can come with exciting news soon!

Where our readers can find all the info about this project?

On our website www.vivaldimetalproject.com we publish the official news and info. On our social networks we publish many other info, cool and funny facts, photos and videos, and more:

Thanks to everyone has been reading for this interview, it’s my pleasure to talk with you Heiko, thanks again, and to be featured on Bonavox! Also, I would like to invite your readers to follow my solo career on www.mistheria.com, www.facebook.com/mistheria and all other social networks. New albums are in the making, both the Classical Piano and the instrumental Metal (Gemini) albums. Thanks again, wish you and your readers to keep listening to great Metal music and all the best! Rock on!!