Sights and Sounds around Comeback Kid’s Andrew Newfeld are touring Europe soon! This tour is a highlight for every fan of atmospheric alternative rock music! 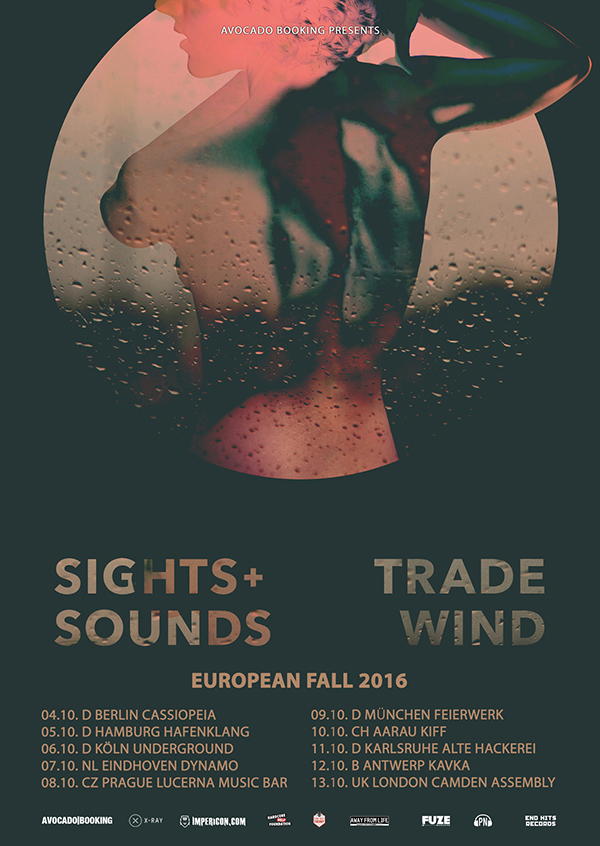 The nomadic members of the band, brothers Joel and Andrew Neufeld, along side Adrian Mottram (guitar), Matt Howes (bass) have been creating music and taking it around the globe since 2006.  “Sights & Sounds are truly a rare gem in a world full of deceit and manipulation. They deliver honesty wrapped in smart musicianship. The band just works, it only shows their passion as musicians that they can adapt and put together such a strong effort in a very different sound then what we are used to hearing from them” – Lucky 13.

In 2008 Sights & Sounds hooked up with acclaimed producer Devin Townsend ( Strapping Young Lad, Lamb Of God, Misery Signals, etc ) and spent 2 months on Canada’s west coast in Devin’s Gibson, BC recording studio. Their debut full length album entitled “Monolith” was released in 2009 and was licensed around the world.

They have toured extensively through North America, Europe, SE Asia, and Australia with bands such as Billy Talent, Moneen, Lower Than Atlantis, Misery Signals, and more. With new edition David Grabowski joining S&S on keyboards, they relleased their last EP entitled “Silver Door” in 2013 on Distort ENT/ Pure Noise Records.