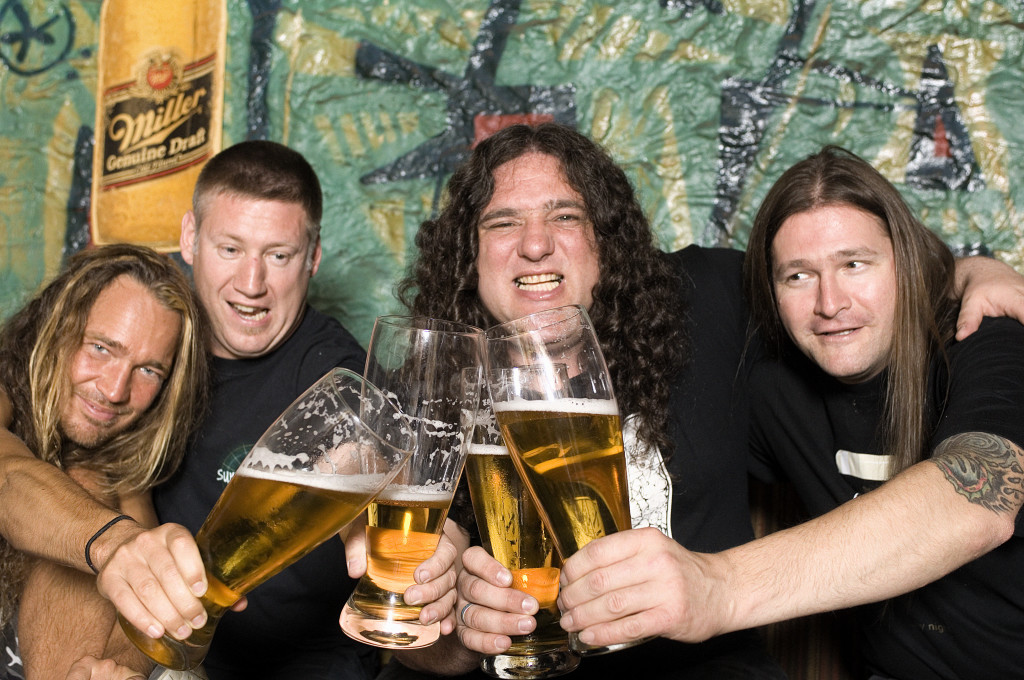 In 1982 when four longhaired metal-maniacs from Frankfurt am Main, Germany decided to found a band named TANKARD, nobody expected them to still be going three decades later. Not to mention being at the top of the German thrash metal scene! But they are still alive and kicking, and throughout these years there’s barely been a blip in their path! Today, when the routine of breaking-up, making a “reunion” and disappearing again seems to be the order of play for bands, TANKARD never joined this course of action and kept holding their flag of thrash metal high: a very respectable effort! NOT ONE DAY DEAD!

However, it is no longer like the magazine “Stern” wrote in 1988 in a large feature about the “Heavy Metal Subculture”: “Their music sounds like a full train containing beer jugs jumping the rails.” For despite their humour, you should never underestimate the musical proficiency of TANKARD. The band who has kept on releasing powerful albums has achieved the title of “cult band” with all time-classics like ‘Empty Tankard’, ‘The Morning After’ and ‘Chemical Invasion’.

Sold out club shows, tours in south America and Asia, performances at the biggest metal festivals of the world (WACKEN, HELLFEST, GRASPOP, SUMMER BREEZE), as well as their recent chart entries perfectly illustrate their popularity.

Even if a lot has changed over the last three decades, one thing has remained the same: TANKARD are four metal-maniacs from Frankfurt. Authentic, loud and sometimes drunk. And this will likely stay the same for the next 35 years!

On January 12th 2018, „Hymns For The Drunk“, the ultimate TANKARD Best Of, will be released.