Hello Rolf Munkes, how are you doing?

Rolf: I’m doing very well, thank you. Summer has been incredibly busy for me and I am really looking forward to go on some holidays in october. Nothing is being booked so far but plans have been made. YES!

Please tell us how you got involved in Crematory in 2015?

Rolf: Well, I had a friend in my studio and we were doing some music software research. He told me that CREMATORY is looking for a new guitar player so I was getting in touch with another friend of mine who I hoped knew one of the members in Crematory. He had the telephone number from Markus and passed my contact details to him. After that Markus got in touch with me and if I remember correctly we met the next day and after a good 3 hour talk we decided to do a rehearsal together. I prepared 5 songs and after two/three weeks we rehearsed together and it just felt great for both sides, that was it.

So your first steps with the band where probably the production of the album: “Monument” in 2016…? Please tell us something about the writing process and time in the studio etc before the release of the album..?

Rolf: Most of the stuff was already written at that time so we just added our ideas here and there and played the final versions of it. We did three videos for the album and working with the Band and crew was cool. I’m really happy with the video results. We also did the promotion work like giving interviews and photosession etc.

How the album: “Monument” was received by press and fans..?

Rolf: The fan reaction for the last album was amazing. The fans really gave us and the new album a warm welcome and there was a lot of positive words about Monument. The Album charted and we played quite a good amount of songs from it during our shows last year. 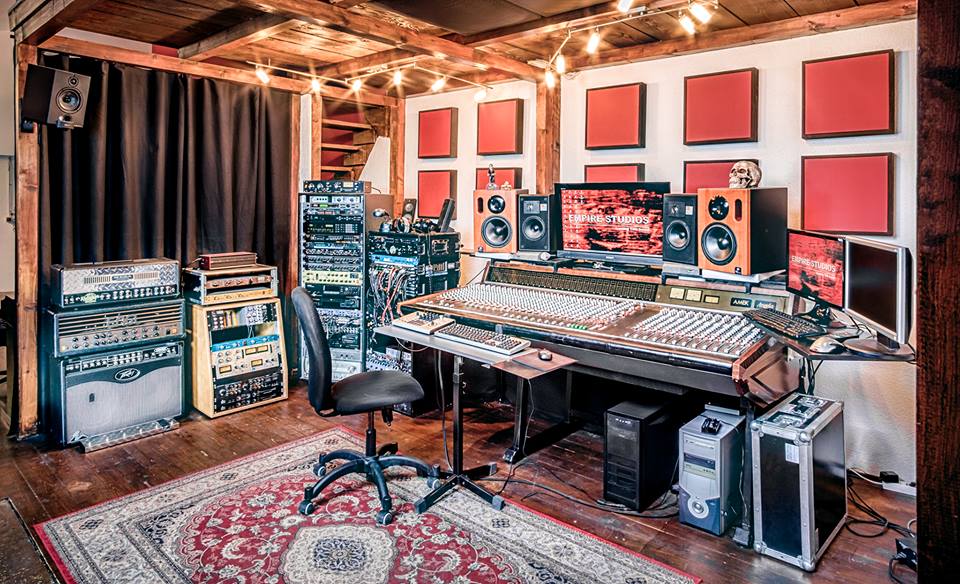 You are also the men ‘behind’ the Empire Studio. Please tell us something about your own studio and which bands you worked with in the past in the Studio and as a musician..?

Rolf: Yeah that is correct. I opened the studio back in 2005 and I worked as a producer and/or musician on nearly 100 albums. In 2009 I moved into new rooms with 150 sqm available. It’s a wonderful place to work at, it feels like a big living room and bands really enjoy working here too. As a guitar player I played in Majesty for about three years, I played together with Ex Black Sabbath singer Tony Martin also for about three years. I released four albums under the moniker Empire with musicians like Neil Murray, Tony Martin, Doogie White and Don Airey etc. As a producer or mixer I worked for Bands like La Paz, J R Blackmore, Carsten Schulz, Masters of disguise, Majesty just to name a few.

On 8 September 2017 the new live CD/DVD package will see the light of day, via Steamnammer/SPV. What we can expect to hear and see on this Live concert recorded from the Bang Your Head Festival, 2016…..?

Rolf: : It was the right festival at the right time and it’s a beautiful festival too. We all love it and I have played several times there and it has never lost its charme. It feels like one big family there and it is super well organized. It just felt right after the release of Monument to do it now and the BYH Festival was right there. So we decided to do it. It was a fantastic stage and the audience was killer, there was the crew that filmed it and the guys who recorded it. All was prepared. You have to choose the thing, and we did it. And I think we were right. I mean there is already a Wacken live album, so BYH just fits perfect in. The show was in front of around 3000 crazy fans late in the night and we had some feedback issues during the show but were able to solve it on the album. All the rest went pretty cool and we really enjoyed the festival. I remember it was a great show and summer festivals are usually really hot and so was the BYH show.

You guys just played: Masters of Rock Festival and the Summer Chaos Festival. Please tell us how it was playing there. And when you play these festivals are you also interested to whatch some other bands play…? maybe any nice stories you want to share with us playing live at these festivals..?

Rolf: Unfortunately the summer chaos festival was cancelled but the Masters of Rock in the Czech Republic was amazing. We played in front of 20.000 people late in the night and we all had big fun and really enjoyed it. I had the chance to see Saxon. I am a fan of them since my early youth. I saw around five or six songs from stage and it was real fun. Great guys. The festival was organized very good and the variety and amount of food for the fans was simply amazing. I guess they sold some alcohol too, ha. 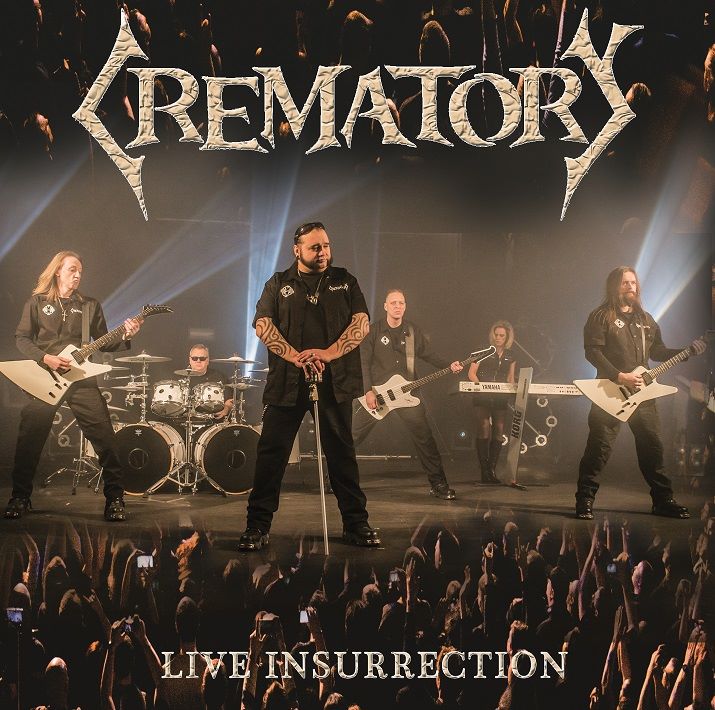 What are some of your own favorite bands/artists…?

Rolf: I was a big fan of Gary Moore, I love Shinedown and Five Finger Death Punch, Joe Bonamassa, Billy Joel. I was a huge Kiss fan when I was younger. I listen to lots of stuff also because I’m a producer and variety is a friend of mine. There is lots of good music in lots of different genres.

Any news on a new Crematory studio album?

Rolf: It’s gonna be a guitar driven album with great hooklines and wonderful melodic keys. It will combine all the great Crematory trademarks and will sound modern and punchy. We are working on some stuff already and it sounds killer so far. We have some great songs written and we recorded the first vocals in the studio and believe me you’ll love it. So far I think it will be released somehow in spring 2018.

If bands would be interested to record their album in the Empire Studio are you willing to help them out?

Rolf: Yes of course, that’s my passion and job. I love to work with Bands and bring their material up to the next level. I offer full production, mixing and mastering or reamping. Bands from anywhere can send me their stuff and I can mix and master it, or they can stay here while they do a full production. I have a guest room available for bands coming from other countries. Simply get in touch.

Do you have a last word or something that’s on your heart to tell the readers from Bonavox…?

Rolf: Thank you for having Crematory and me for an interview. I can really recommend the new live album and hope that the fans out there love it as much as we do. We would really like to play in The Netherlands next year when the new album is out.