Unseen Faith is a “well-hidden secret” from Denmark who took us by storm here on Bonavox with their new mini-album “Yokebreaker”.

This band has a bright future ahead of them and with this album they’ll surely make an opening to a bigger audience. We contacted the guys of the band and they were all kind enough to answer our questions. 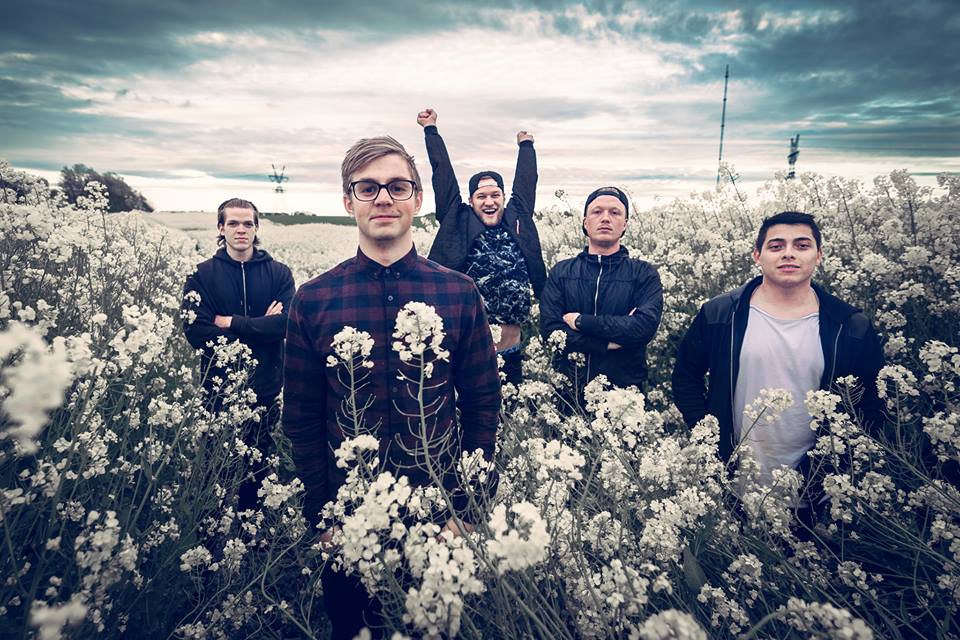 Thank you very much! We are so happy how it turned out and can’t wait for people to hear it!

Do tell us …which are the differences between your other material and “Yokebreaker”?

“Yokebreaker” is more technical and heavier then previously stuff. We are far more experienced in creating and composing. We were only 17 years old when we started the band and didn’t really know what we where doing..

In which part had you been working these two years since the release of “Yokebreaker”?

Yokebreaker is not out yet. It will be released the 27th

Which are those new elements that you introduce with your new mini-album?

Our bassplayer Christian is now doing backingvocals, the breakdowns are less typical and more significant. We have also done a great effort to write some good dark melodic guitarriffs and themes for the songs.

We are a mix up between metalcore and deathcore and I think we are finding our balance with “Yokebreaker”. 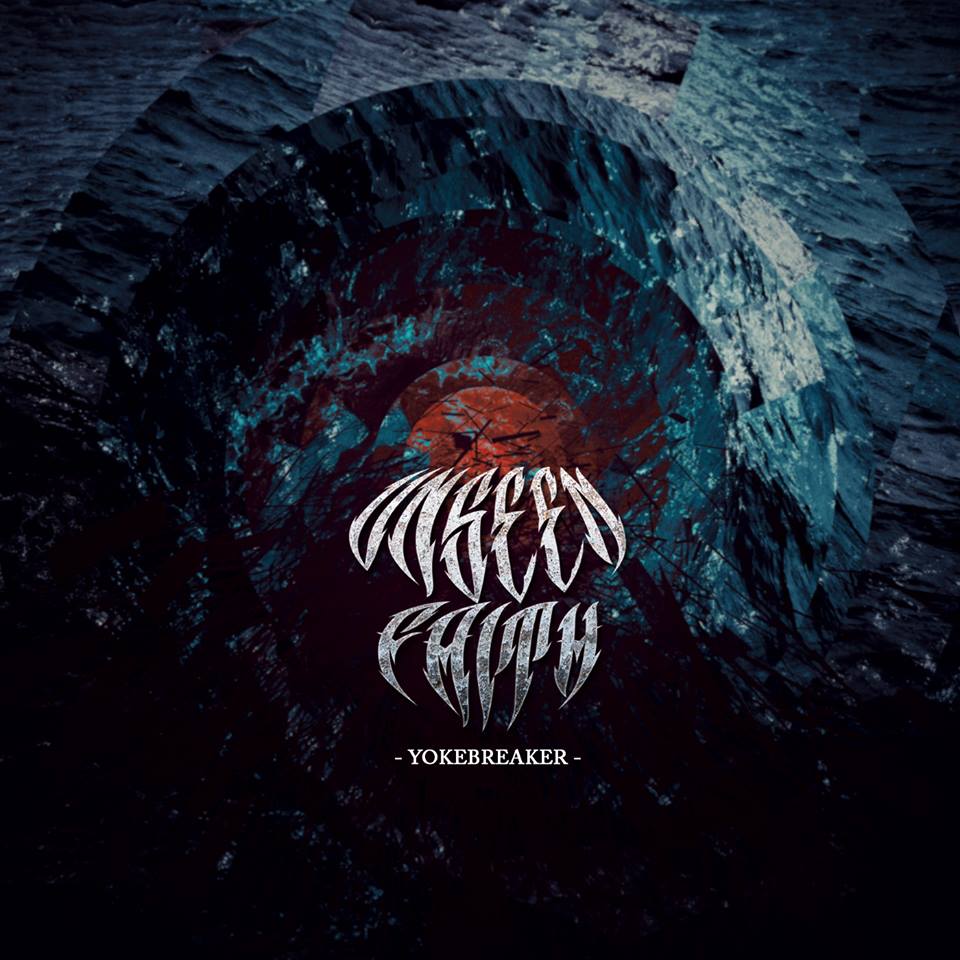 What does the album title “Yokebreaker” declare?

It’s an honest attempt to break with the yoke of identity and belonging. The way we look at our self are dependant of what we do or who we are with and if we suddenly loose, can it feel like we are loosing our self. But this record will give you no answers either..

How is the cover artwork related with the album title?

It’s a free interpretation from the graphic designer Kim Sternkopf.

It will be just a bit overall , but people can always contact us to get detailed answers.

Enemy: This one is about, when your ego tries to manipulate you. Sometimes you are your own enemy. I am for sure!

Father: We are questioning the world, who got the blame for everything that is going on in the world – if someone can be put responsible?

Roars: This song is about how you feel, like being constrained by yourself and the people around you. I had a period in my life, where I wanted to act differently, but every time I tried, I stayed in the old settings. I started acting like I used to and I felt that people’s thoughts of me kept me constrained. Also Josua from Ascendant helped me out on this one! So thankful for that!

Route 3: This is a funny one. It is actually a love song, but not in the typical romantic way.The Mask: You have to be yourself, I have to be myself. Otherwise who are we? Don’t let anyone talk you down and questioning your value.

The Revenant: We are humans, and humans make mistakes. And sometimes those mistakes define who you are. But it doesn’t have to be that way! You can rise up. But you have to pull yourself together.

The production is clear and full. The song arrangements are also wonderful. Are you satisfied by the final result sound-wise?

Yes we are! Our good friend Levi Rauf from the awesome band “Ascendant”, is the producer and engineer on this album. He did a great job! 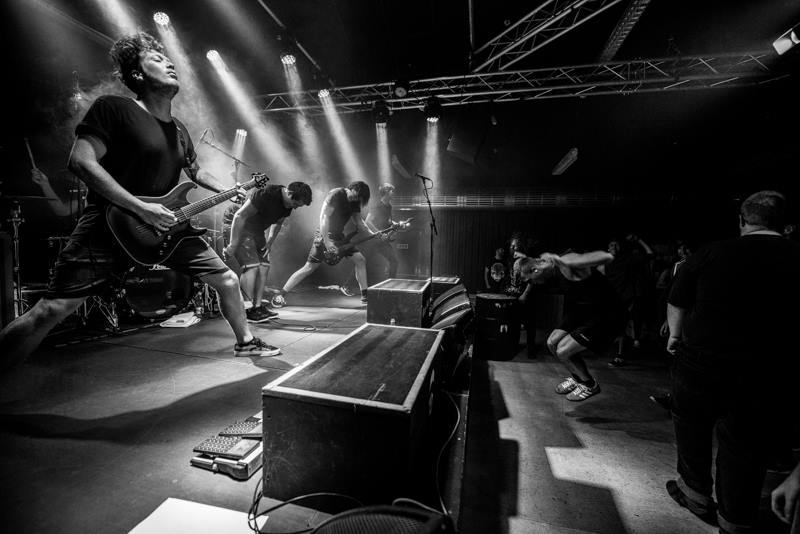 You decided to release the album independently. Why’s that? Did you want to have the control of the whole thing or you do not believe that music labels nowadays can offer that much to a band like the old days?

We turned one record deal down because of lack of a personal relationship. It simply didn’t felt right. Instead we got signed on Prime Collective and we are releasing it together and with their expertise. They just know more than we do and have better connections J

Which are those things that inspire you to write music and lyrics in general?

Bands as Born Of Osiris and Chelsea Grin are topics we always talk about.. Emmure has also some inspiring elements.

How would you describe your band’s music to someone that hasn’t heard of you before?

Metalcore/deathcore inspired. It is bouncy and heavy.

Are you planning to release a lyric or a concept video anytime soon?

What are your touring plans?

We are working on a east-europe tour in the spring and a tour in the Benelux-area in September.

What do you wish to achieve with Unseen Faith in the next years?

We have big dreams. Release an album and try to tour for a whole month. We are already working on the first one but the next will still be a bit out in the future.

Time for our “weird questions”!!! Are there any funny incidents from the recording days that you’d like to share with us?

If we are not talking small things like “farting in the singers microphone” then it has to be when one of our guitarists where so little prepared(No name mentioned) that we had to re-record the whole thing.. That was embarrassing but funny now to look back on.

Which is the record you wish you had written and why?

The new Betraying The Martyrs. It is so wellwritten, produced and got some elements that are new to the world.

If you were obliged to give just one album to extraterrestrials that would represent the whole human music, which album would it be and from which band/artist? 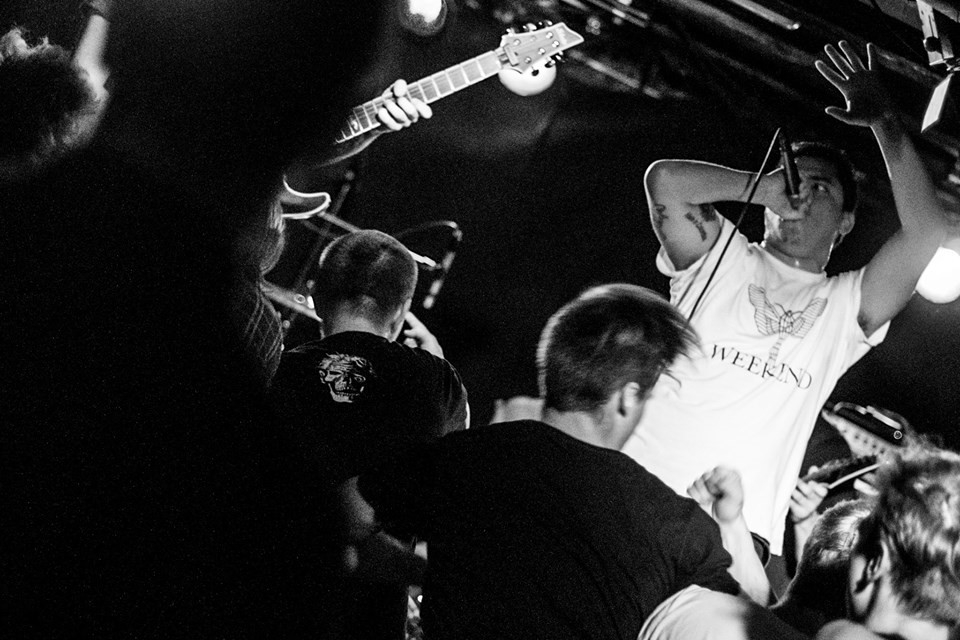 Top 3 Horror movies of all time?

Beloved TV series that you watch this season?

We’re done guys! Thank you very much for talking to Bonavox. Wish you the best for the future to come. Take care!

Thank you! See you in September in the Benelux.