Metallica have tied up a deal with Budweiser to offer a limited-edition branded beer – in Canada only. 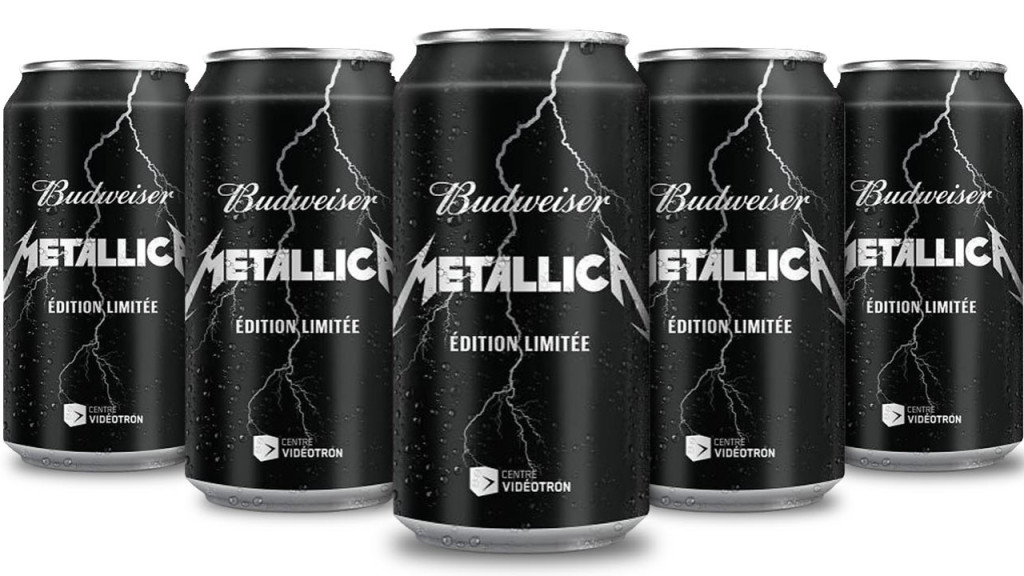 The black cans, featuring the band’s iconic logo, will be on sale from September 28 to mark their two appearances at Quebec City’s new Centre Videotron venue this month.

The Videotron replaces the Colisee Pepsi, which has hosted many of the biggest bands in the world during its history.

A tanker filled with maturing Budweiser will be parked outside the venue while the band play, before it’s driven to Montreal to complete the process. More than 91,000 Metallica cans will be made, and sold in packs of 15 and 24.

A spokesman for brewer Labatt says: “We’re very pleased the guys are participating in this unique partnership.”

The band are continuing work on their long-awaited 10th album, with no firm completion or release date in sight.