Home
Interviews
Hello Nick how are you doing? Are you in England right now or somewhere else on tour…?
I’m in England now, I just got back from America yesterday [a bit jet lagged] where I rode a Harley Davidson motorcycle on the old Route 66 from Chicago to Los Angeles, which was pretty exciting! 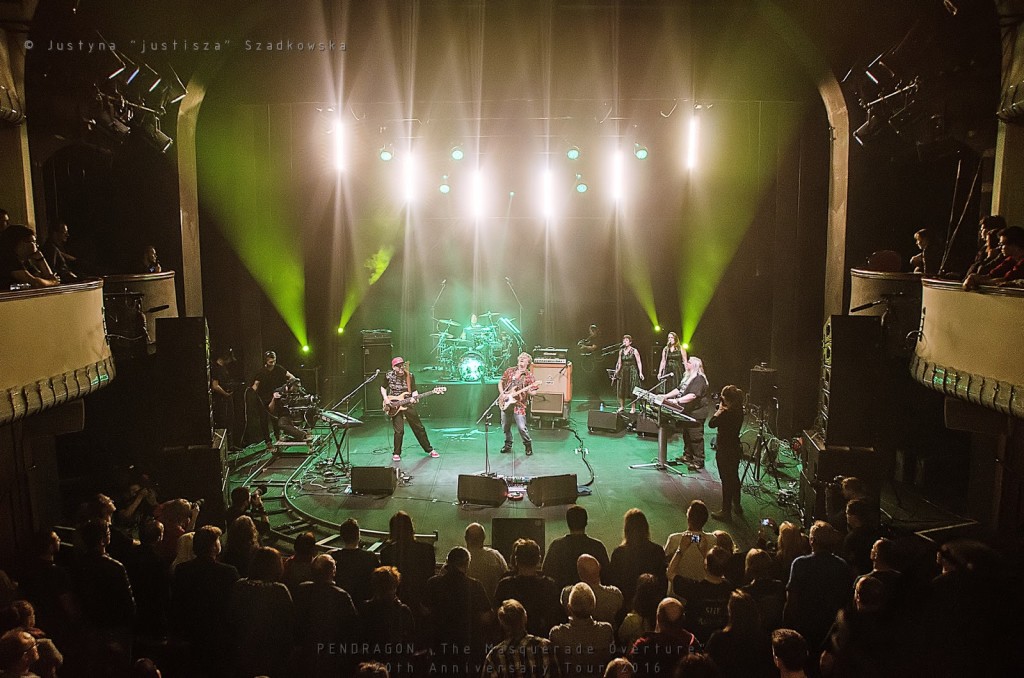 Photo; with thanks to: Justyna, Szadkowska….
Please tell us about the new release of the double disc Digipack CD and DVD package from the live concert in Poland, Katowice, May 18th, 2016. “Masquerade 20”?
Well, it’s a dvd and er…2 cds! We wanted to do something as a momento of the shows we did for this 20th Anniversary last May. It was a great tour but to make it a bit different from other dvds , we included a lot of songs from Men Who Climb Mountains, and stuff like Schizo. There were some horrible syncing problems and some of the camera shots/angles were not up to standard , so it took a helluva lot of work to get it finished. I spent weeks and weeks and weeks going over the sound and footage…..geez I’m sick to death of it now.. ha ha! 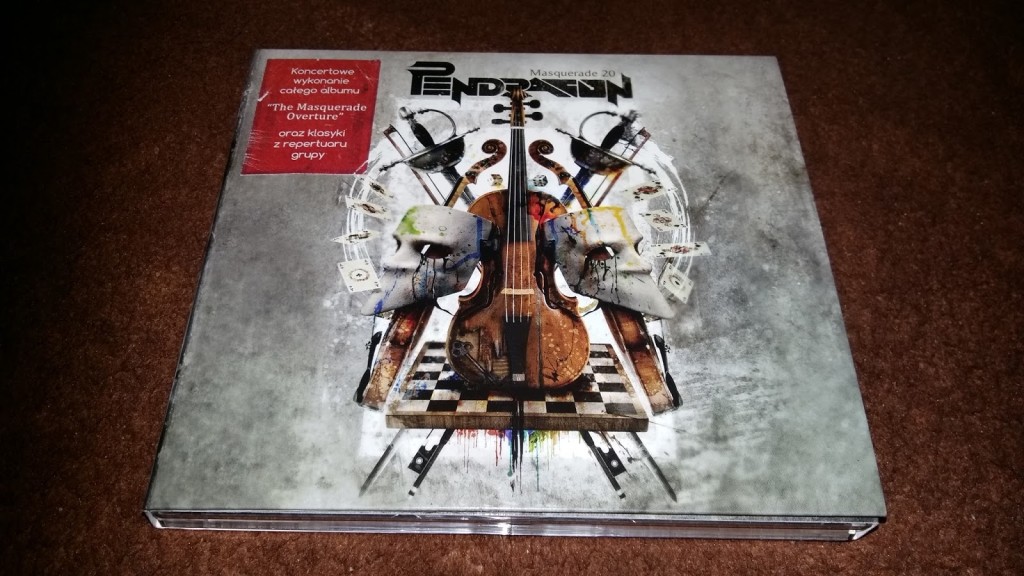 The Masquerade Overture….Memories of already more then 20 years ago…Do you remember when the album came out in 1996..? I think it’s one of your most succesful albums..?
Yes, wow, it seems like more than 20 yeas ago. It was very exciting, I had no idea that this album would become so popular, I did what I always do…just write the best music I can, I guess sometimes you just hit the right button!  It sold very well, seeing that it was  all on our own label and I was booking the tour dates, doing all the promotion etc as well. 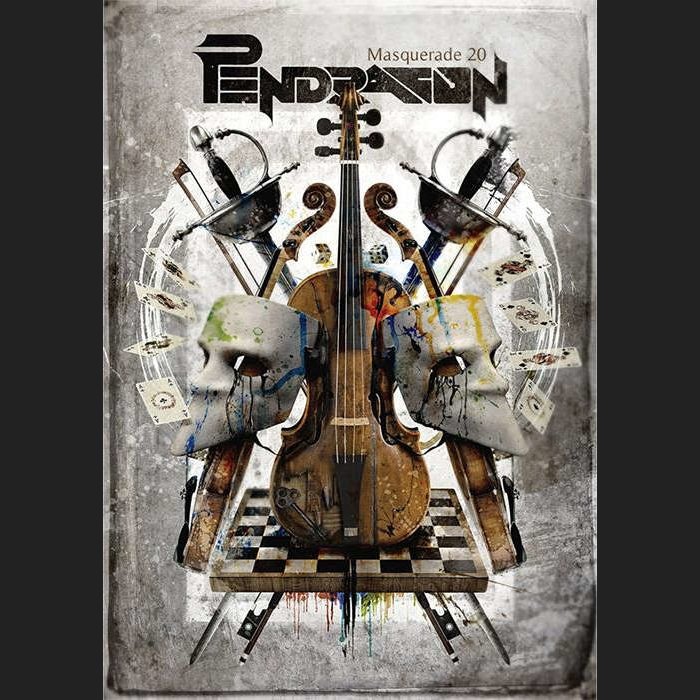 28 Oktober you will play in Zoetermeer, De Boerderij. Please tell us about the fans in Holland and this place, De Boerdrij where you played more shows in the Pendragon history..And are you going to play the same repertoire as on the CD/DVD?
The Boerderij is a great venue, it’s always so easy working with Arie, who runs the venue and the crew are great, that makes life so much easier when we tour! I’m hoping to do a few songs from Not Of This World next time, as we didn’t do any on the last tour, and I still think it is one of our strongest albums…the emotion of NOTW for me is powerful.
Any other plans you have with Pendragon for the near future…Maybe a new Album..?
Working on a new album…I’m always working on something…lyrics, music, ideas, themes, but I’m very slow getting to the final product! Some guy from the US was complaining about me going surfing and camping saying I shouldn’t make fans wait so long between albums, but hey it is what it is, you can’t can’t rush a good wine or a good meal, music is about the depth of what you are doing/saying/writing, not beholden to any time frame, that’s the whole idea, you lose time when you listen to music, you live in the moment! I’m not making mass produced garden furniture here!

Any dreams or a wishlist you still after all these years would like to see happen, concerning Pendragon..?
Geez…..musically I have more dreams now than when I started. The craft is something you can expand to infinity and the love of creating music , the ideas, the artwork etc, it’s always very exciting. As for being more famous, it’s a false illusion, more than most other types of people, musicians crave love and approval to a ridiculous degree, but it’s a fake love, the more adulation they get the more they want, it can never be satisfied. Creating music and letting that alone say everything is the true article.
I’m very excited about starting the new album, I play my guitar every morning and drift away  just to get new ideas, riffs, songs etc.
Are you also involved in other projects etc.. right now…?
No. I’d love to work with some people, but hey there is still time. I always seem to be working on music for Pendragon so that’s where all my energy goes. I’m not a quick writer so…..
What are some of your own favorite bands/artists to name a few..?
At the moment my son has got me into Sticky Fingers, an Australian band. I have been listening to lot of Jack Johnson in the last few years. I like an awful lot of stuff and it changes depending on my mood. I played Lamb Lies Down and Trick Of The Tail a lot a few weeks ago, and bought all Phil Collins solo albums again…But Seriously is a brilliant album. Genesis still sound so good. I like a lot of Classical and Jazz too,
I was recently playing Rachmaninov piano concerto and Gary Burton’s Reunion, great music!
Do you have any hobbies when not playing in Pendragon, is their a private live for a member of Pendragon..?
Yes, my main hobby if surfing, I moved down to Cornwall a month ago to be nearer to the sea, so I can surf everyday! It has the same connection as music and art, it’s more than just a sport, it connects you to the ocean and has a very powerful spiritual feel about it. It makes you incredibly relaxed and able to focus on the moment you are in, and not think about the past or the future….there’s a timeless feel to surfing. It is extremely therapeutic and I highly recommend it for anyone looking for some peace and fulfillment. It really helped me when I was going though a divorce some years ago. It also keeps you very fit and flexible like yoga.
I also like motorbikes, I’ve just ridden across America on a Harley Davidson on the old Route 66 which was incredible. I also like motocross and mountain biking with my son. 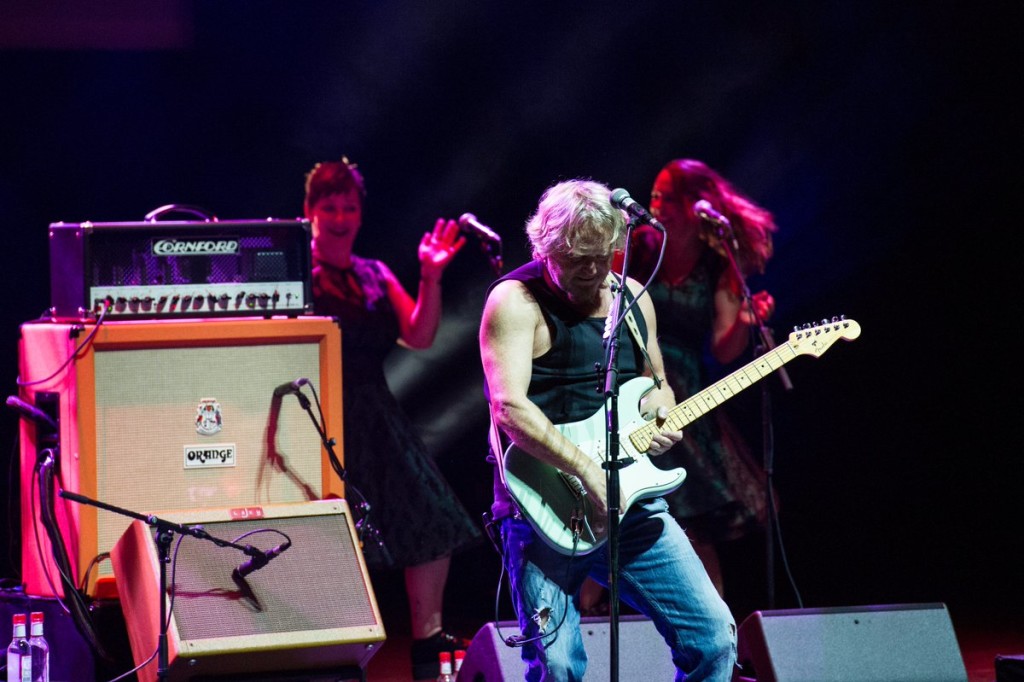 I like a lot of outdoors stuff like camping,[proper camping with campfires and living simply] hiking in places like Dartmoor or the Orkney Islands. There is nothing like settling down in the evening with a campfire on the white sand beaches with the sunset in Orkney, watching seals bobbing up and down in the water with a single malt whiskey! Or surfing with dolphins around you in Devon.
I like reading too, philosophy, biographies, theology, politics, history and factual books. I recently read an amazing book called Scivias by Hildergard De Bingen about her conversations with God, it’s an incredible book.
I just read Phil Collins’ biography and recently read Mao’s Great Famine and a book on Stalin. I’m amazed how little people read and research but still have such strong opinions and get so angry about things they know nothing about….humans are odd!
Do you have a last word to the readers of Bonavox.nl..?
Yes, read more! Ha ha….
cheers